The only game in which Russell got going was when he smashed his way to 54 off just 22 balls against Chennai Super Kings.

Andre Russell has not looked his usual self thus far in IPL. The West Indian cricketer known for his destructive style of batting has not got among the runs this season and that has resulted in KKR not doing well. The 32-year old cricketer has averages 19.66 in the tournament and has crossed the 10-run mark just twice in six innings.Also Read - Virat Kohli Gives Batting Tips to Afghan Stars After RCB Beat GT; Heartwarming Pic Goes VIRAL

The only game in which Russell got going was when he smashed his way to 54 off just 22 balls against Chennai Super Kings. Despite his heroics, he could not take his side over the line against CSK. Also Read - Virender Sehwag Puts Rohit Sharma & KL Rahul's Spot Under Threat, Throws Two New Names In The Ring As Surprise Openers

After yet another poor show against the Rajasthan Royals, the KKR allrounder took to Instagram on Tuesday to share a cryptic message with his followers. He posted a photo of himself, where he was seen holding an ‘Old Monk’ bottle in his hand and wrote alongside, “It’s ok to not be ‘ok’ “. The Caribbean all-rounder further wrote, ” 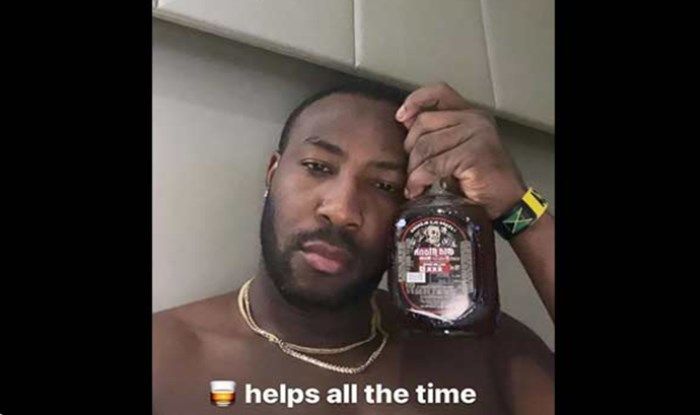 Over the years, Russell has proved to be an asset for the Knight Riders. He has won games single-handedly for the franchise. He would hope he returns to good form soon and helps KKR get their campaign back on track.