This will be their third meeting on professional tour with Murray leading 2-0 head-to-head record over Kyrgios. 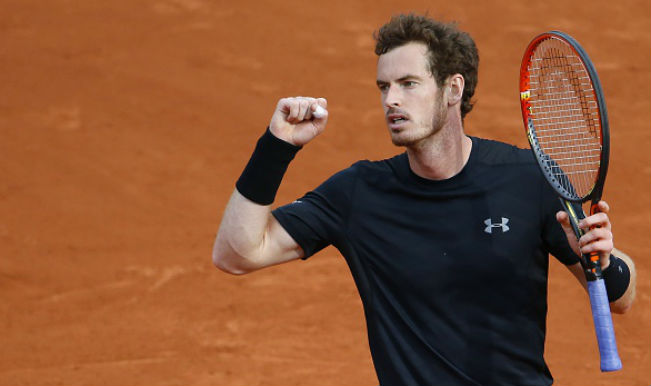 No. 3 seed Andy Murray will take on Nick Kyrgios of Australia in the third round of French Open 2015 on May 30. This will be their third meeting on professional tour with Murray leading 2-0 head-to-head record over Kyrgios. The match is scheduled to begin at 2.30 pm IST (9.00 am GMT, 5.00 am EST) at the Court Suzanne Lenglen in Stade Roland Garros. The live and exclusive coverage of second grand slam of the year is done by Neo Sports, Ten Sports and Star Sports respectively. The UK viewers can watch the Andy Murray vs Nick Kyrgios, third round match on ESPN. Live streaming services for viewers around the world will be available through ESPN’s official website. One can get the real-time score updates and additional live streaming links made available on the official website of Roland Garros and Tennis TV.

Murray has been beaming with his new-found confidence and success on the clay court, especially after winning Madrid Masters weeks before to give himself a chance at the Roland Garros. While the Briton No. 1 got better off his second round opponent Joao Sousa in four sets 6-2, 4-6, 6-4, 6-1, his next challenger poses a great threat. It is Australian rising star Nick Kyrgios who will take on his ‘mentor’ Murray for a place in the fourth round.

The last time Murray and Kyrgios faced each other was in Australian Open quarterfinals this year, where he lost in three sets. But 29th seed Kyrgios, who has been seeded for the first time in the grand slam, has grown as a player since the last time they played. He would seek confidence from his motivating win over top player like Roger Federer on the red clay of Madrid Open. Kyrgios is definitely a great threat for twice semi-finalist at the Roland Garros.