Lahiri, who has already won twice this season and is currently second on the Order of Merit. 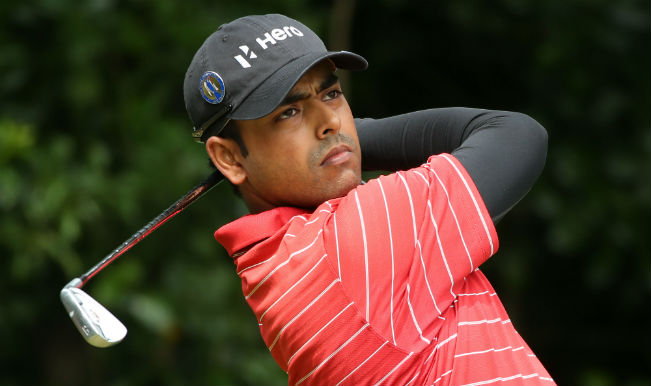 Khon Kaen (Thailand), Nov 22  Indian golfer Anirban Lahiri will headline a stellar field at next week’s King’s Cup which will feature over 30 Asian Tour champions. Lahiri, who has already won twice this season and is currently second on the Order of Merit, will head to the Singha Park Khon Kaen Golf Club with every intention of chasing down current No.1 David Lipsky of the United States in the race to become the new Asian Tour No.1. Also Read - COVID-19 Pandemic: Austria to Allow Tennis, Golf And Other Social Distancing-Friendly Sports

The 27-year-old Indian will arrive here in top form having also earned his European Tour card through the gruelling six-round Qualifying School in Spain which concluded earlier this week. Trailing Lipsky by about $160,000 with four events remaining on the Asian Tour, Lahiri hopes to make the most of the American’s absence next week to reduce the gap at the top of the rankings. Also Read - The Open Postponed to Next Year In Wake of COVID-19

Other top names primed to challenge for the King’s Cup, which is offering $500,000 in total prize fund, include reigning Asian Tour Order of Merit champion Kiradech Aphibarnrat of Thailand, 17-time champion Thaworn Wiratchant of Thailand and Prom Meesawat. India’s Rashid Khan, one of the revelations this season following two victories, will also return to Thailand with every intention of winning a third title of the year. He was victorious at the season-opening SAIL-SBI Open in India and Chiangmai Golf Classic last week.

With the course being a big-hitter’s paradise, Australian Scott Hend, who was victorious at the Hong Kong Open last month, could well be another top contender for the King’s Cup. Other winners from this season who will be battling for honours include India’s S.S.P. Chowrasia, England’s Steve Lewton and local star Prom, who is currently third on the Merit list.

Bangladeshi Siddikur Rahman, who recently returned from a back injury, will also be in the elite field seeking a third Asian Tour victory. On the opposite of the Merit list, several players will be fighting to get into the top-60 and earn full playing rights for the 2015 season. The King’s Cup is one of four remaining events in the 2014 season. It will be followed by the Indonesia Open, Thailand Golf Championship and inaugural Dubai Open.

Since the King’s Cup joined the Asian Tour in 2009, no other international player apart from Chinese Taipei’s Chan Yih-shin has won the event. The revered King’s Cup has been kept on home soil with local favourites Udorn Duangdecha (2010), Arnond (2012) and Prayad Marksaeng (January, 2014) all featuring in the roll of honour.