This hilarious incident left the actress in splits as she can be heard laughing in the short video.

There is no doubt that India skipper Virat Kohli is one of the fittest and the most athletic cricketers in the world today. Known to be disciplined with his fitness regime and eating habits, Bollywood actress Anushka Sharma – the wife of Kohli, shared a clip on her Instagram story recently captioned, “Measured eating in the house.” Also Read - Indian Cricket Team Kit Sponsorship: Puma Buys Bid Document, Adidas Too Could Enter fray

Fans would be glad to see their favourite maintaining a strict diet plan even during the coronavirus lockdown, which can be really difficult at times as one is usually confined to their house and can easily put on those extra kilos, which will not allow him to be as active and agile as he is known to be. In the clip, Kohli is adding and subtracting poha flakes from a weighing machine. Also Read - IPL 2020: Reliance Jio Declines BCCI’s Offer of Title Sponsorship After VIVO Exit: Report 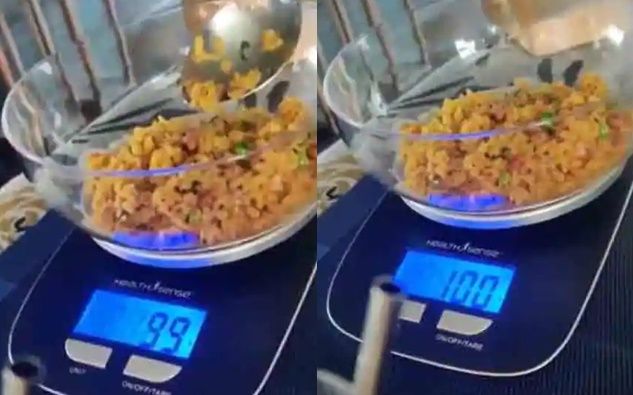 Earlier, Kohli had taken to Instagram to share videos of his workout with his fans, where he can be seen doing weight training to build strength in his legs. Kohli also reacted to India allrounder Hardik Pandya’s hop push-up challenge which went viral on social media and was loved by fans.

With no cricket happening and with the cash-rich Indian Premier League postponed indefinitely, cricketers are coming up with creative methods to keep themselves in high spirits.