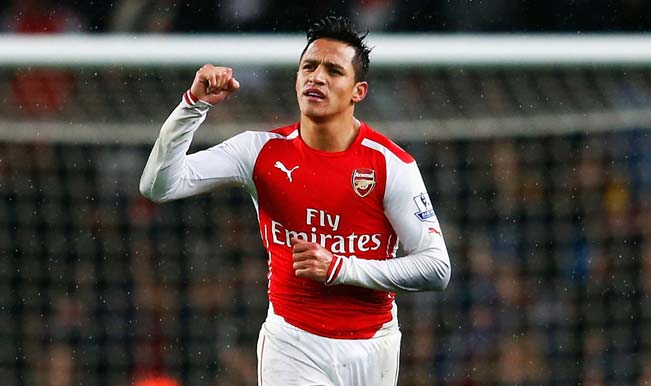 Arsenal look to conclude 2014 with three points on their bag as they take a short trip to East London to face West Ham United at Upton Park for their 19th Barclays Premier League 2014-15 fixture on Sunday. The kick-off is scheduled for at 8:30 pm IST and live telecast will be on Star Sports 2. You can also watch the match online through the live streaming services provided by Star Sports’ official website. Also Read - Transfer News: After Lionel Messi's U-Turn; Liverpool, Man United, Arsenal Look to Get Barcelona Star Antonie Griezmann: Reports

Alongside Southampton, West Ham too have looked daunting in the current campaign. The Hammers are currently fifth in the league table with 31 points. They suffered their first defeat in six matches on Boxing Day after John Terry and Diego Costa’s goals handed Chelsea a 2-0 win at Stamford Bridge. Their manager Sam Allardyce will be eager for his side to clinch all three points as he aspires for the East London club to participate in Europe next season. Also Read - Man United vs West Ham: Greenwood Secures Vital Point as Hosts Move Closer to Champions League Spot

Meanwhile, Arsenal can possibly finish as high as fourth before the turn of the year if other results go their way. On Boxing Day, they were very lucky to register their eighth win of the season in the league. Olivier Giroud was sent-off but the Gunners resisted Queens Park Rangers’ fightback and managed to post a 2-1 win at the Emirates.