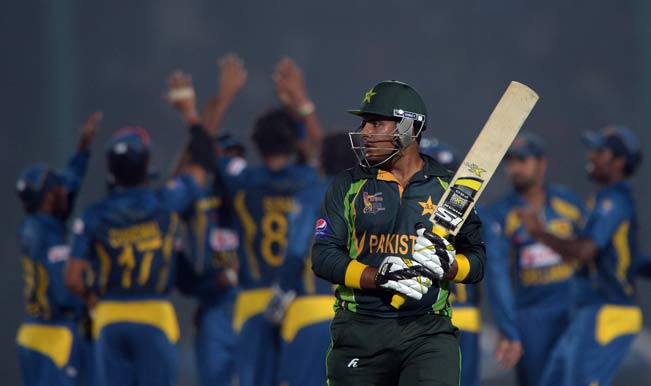 After some enthralling league matches, the Asia Cup 2014 has come down to the Final match between Pakistan and Sri Lanka. These two teams met in the opening game and now will fight it out for the title in last game as well. Also Read - 'In The Memory of The Man of Pleasure': Alcoholic Drink Named After Pakistan Founder Jinnah

Defending champion Pakistan will be optimistic of victory, as they come in to match with some good performances on their back, while consistent Sri Lanka has been the best team so far and finished table toppers with four wins. Also Read - Cyclone Burevi: Public Holiday Declared in 5 Districts of Kerala, Several Flights Cancelled

Pakistan has undoubtedly one of the best bowling attack in the world and they will look to contain Sri Lankan batting to a modest total. Umar Gul will spearhead the Pakistan bowling and Saed Ajmal will be their trump card. Junaid Khan will possibly be back in the attack considering Mohammad Talha’s expensive spell against Bangladesh. Also Read - The Truth Behind Pakistan's JF-17 Fleet And Its Failure

Pakistan batsmen looked in decent form and have been among runs apart from captain Misbah ul Haq. After Fawad Alam’s gritty knock in his comeback game against Bangladesh Pakistan’s middle order now looks stable. Mohammad Hafeez will be all set to open the innings with Ahmad Shehzad as Sharjeel is expected to sit out of the game.

All eyes will be on Shahid Afridi after his previous match winning knocks, attacking Malinga and co. will not be an easiest thing, with the kind of form he is in, makes for an electrifying contest, but star allrounder is expected to go through the fitness test in the morning.

For Sri Lanka Kumar Sangakkara holds the key once again as he has been the highest run getter in the tournament with 248 runs. Mahela Jayawardene’s form is a worrying factor, the gutsy middle order batsman has just managed to score 36 runs. Captain Angelo Mathews and Allrounder Thisara Perera have looked resilient with the bat down the order.

Lasith Malinga holds the charge of Sri Lankan bowling and has the backing of spinners Ajantha Mendis, Sachithra Senanayake, they will look to curtail Pakistan batsmen.

Sri Lanka will be looking to lift the title for fifth time, while for Pakistan it can be third time. Both teams are comparatively matched and pose firepower in both batting and bowling, a fitting end to the tournament is on cards.