Asian Games 2014: A glance at winners who made India proud on Day 11 in Incheon

The Indian contingent had another good day at Incheon in the 17th Asian Games with a few medals and few semi-final victories. 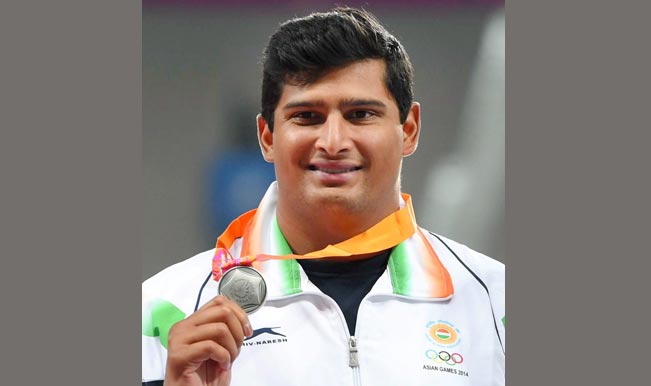 Also Read - India Tour of South Africa: All You Need to Know About the World Class Bio-Secure Arrangements Assured by Cricket South Africa

The Indian contingent had another good day at Incheon in the 17th Asian Games with a few medals and few semi-final victories. Even as there were no gold medals,won on Day 11 there were a lot of moments that made India proud. While the men’ hockey team and Mary Kom qualified for the final, Vikas Gowda, Pooja Rani and varsha Gautham were among the medal winners. However, the highlight of the day was Sarita Devi’s loss against South Korea’s Jina Park in the semi-final of women’s light weight boxing. Also Read - IND vs NZ: Wasim Jaffer Names Potential Game-Changer for India in Mumbai Test

Indian boxer Pooja Rani settled for the bronze medal after losing the semi-final of the women’s middleweight (69-75kg) event of the 17th Asian Games here Tuesday. Pooja lost 0-2, with the third judge giving a tied score, to China’s Li Qian at the Seonhak Gymnasium.

The Indian pair of Varsha Gautham and Aishwarya Nedunchezhiyan finished second in the 12th and the final race to claim the bronze medal in the 29er – women’s two person dinghy – at the 17th Asian Games at the Wangsan Sailing Marina here Tuesday. Skipper Varsha and crew Aishwarya finished the race, one minute and 41 seconds behind the Thai skipper-crew pair of Noppakao Poonpat and Nichapa Waiwai in the 12th race. The Thai duo went on to win the gold medal with a net 19 points.