All the three semi-finals are slated for Tuesday and the losers will get the bronze medal. 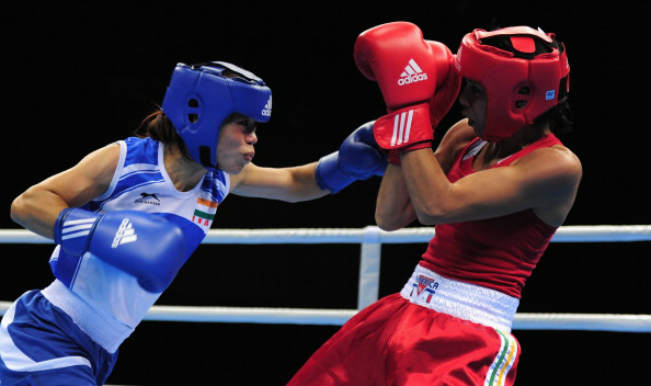 All the three semi-finals are slated for Tuesday and the losers will get the bronze medal. Mary Kom reached semi-finals of the women’s fly weight (48-51kg) category, beating Si Haijuan of China 3-0 by an unanimous judges’ decision. The Chinese fighter gave the 31-year-old Indian a stiff fight but the five-time world champion showed her class and made her punches count. All three judges gave a 39-37 individual scoreline after three rounds in favour of Mary Kom, who will now take on Vietnam’s Le Thi Bang in the semi-finals Tuesday. Also Read - India Tour of South Africa: All You Need to Know About the World Class Bio-Secure Arrangements Assured by Cricket South Africa

Later in the day, Sarita Devi outboxed Mongolia’s Suvd Erdene Oyungerel 3-0, won by a unanimous judges’ decision, in the light-weight (57-60kg) quarter-final. She received a favourable 39-37, 40-36, 40-36 judgement from the three judges to confirm a medal. Sarita Devi will face South Korea’s Jina Park in the semi-finals.

In the men’s light fly weight (46-49kg) division, L. Devendro Singh advanced to the last eight stage, beating Lasavongsy Bounphone of Laos by a technical knockout in his round of 16 match.

Devendro started the match in an aggressive form and outpunched his opponent to such an extent that the referee had to stop the fight after one minute 27 seconds of round one. Devendro will square off against South Korea’s Shin Jonghun in his last-eight match Tuesday.