The All India Football Federation (AIFF) heaved a sigh of relief as the sports ministry Tuesday cleared India's men and women's football teams for the Incheon Asian Games Sep 19-Oct 4. 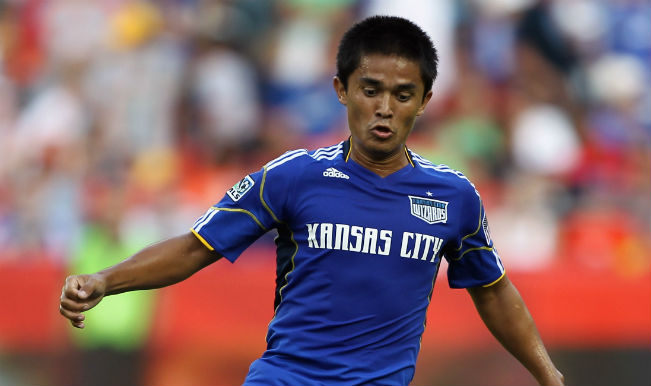 New Delhi, Sep 9 The All India Football Federation (AIFF) heaved a sigh of relief as the sports ministry Tuesday cleared India’s men and women’s football teams for the Incheon Asian Games Sep 19-Oct 4. The teams, which are currently in China, have been cleared at all-cost-to-the-government basis. The men’s squad will comprise 20 members and women’s 18. Also Read - I Regret Becoming a Cyclist, All I Now Want is my Old Life Back: Swaran Singh

Meanwhile, the final list of players who would be boarding the flight to Incheon have also been named by the men’s and women’s coaches Wim Koevermans and Tarun Roy, respectively. Dempo’s Alwyn George, Pune FC duo Salam Ranjan Singh and Dhanpal Ganesh and Sporting Clube De Goa’s Rowlin Borges failed to make the cut for the Asian Games for the U-23 India Men’s side. Also Read - Living in Abject Poverty, Former India Cyclist Working Night Shift As Security Guard With Daughter Battling TB

On the other hand, Supriya Routray, Indumathi, Jyoti Ann Burrett and Rinaroy Devi won’t be travelling to Incheon along with the Indian Women’s squad. Clubbed in Group A alongside hosts South Korea, the Maldives and Thailand, the Indian women play their first group league match against Maldives Sep 14. The other matches are against South Korea (Sep 17) and Thailand (Sep 19).

The U-23 men, on the other hand, have to take on the might of last Games’ silver medallists United Arab Emirates (UAE) in their first group league match slated for Sep 15 while their last match in the Group is against Jordan, Sep 22.