Incheon who edged aside Delhi to become the host nation of the 17th Asiad will flag off the largest sporting event in Asia governed by Olympic Council of Asia (OCA) on September 19. 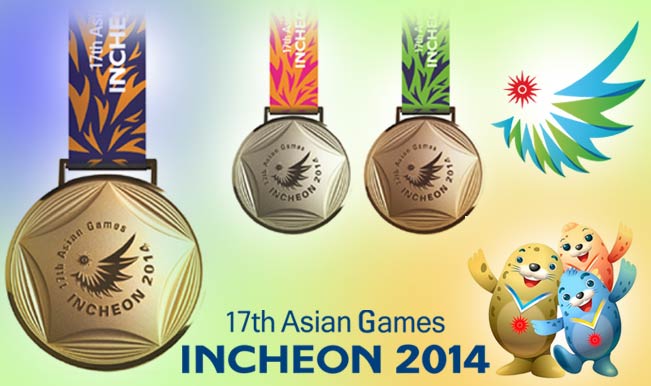 China has topped the medal table for the ninth successive times in the Asian Games. With a total of 342 medals including 151 gold, 108 silver and 83 bronze, China dominated the medal tally in the 17th edition of Asian Games. Meanwhile, India finished eighth in the medal standings with 57 medals including 11 gold, 10 silver and 36 bronze. Hosts South Korea came second with a distant margin from table-toppers China. Their medal tally touched 234 including 79 gold, 71 silver and 77 bronze. They were also well ahead of third placed Japan, who took their medal tally to 200 including 47 gold, 76 silver and 77 bronze in this country-wise updated medal table of Asian Games 2014. Also Read - Jawaharlal Nehru Stadium in New Delhi to be Redeveloped at a Cost of 7,850 Crore

One of the biggest multi-sport events around the globe, the Asian Games is back with its 17th edition – the 17th Asian Games Incheon, 2014 or officially known as the XVII Asiad starting from September 19 to October 4. After the grand success of recently held multi-sports event Commonwealth Games in 2014, the participating nations would be aiming for skies by topping the medal table. The 16-day schedule of Asian Games 2014 marks its commencement with the opening ceremony on September 19 is hosted by the port city Incheon, South Korea. In the Asian Games 2014, the athletes from 45 participating nations will be competing in 439 events in 36 sports, including the 28 Olympic Games sports on the programme for Rio de Janeiro 2016. Also Read - I Regret Becoming a Cyclist, All I Now Want is my Old Life Back: Swaran Singh

Asian Games has always been in spotlight for they see participation of the top athletes proving their mettle and excelling in wide range of sporting events in one event. It holds a special place for India, the first hosts of the Asian Games way back in 1951, are looking forward to a successful campaign in Incheon post satisfactory show in Glasgow Games. In the Guangzhou Asian Games 2010, India had finished sixth in the medal table in last edition with China being the undisputed champions after they swept the medal tally with a total of 416 medals including 199 gold medals. India will field 381 competitors in 15 sports at the Asian Games.

The medals tally of the Asian Games 2014 will be decided on the number of gold medals won by a nation. With the nations tied at gold medals, the second yardstick to measure is on the silver medals and then bronze. If the teams are still tied, they would be given equal ranking and will be listed alphabetically by IOC country code.