In the opening match, Sardar Singh led Indian side will face the challenge from neighbours Sri Lanka on September 21. 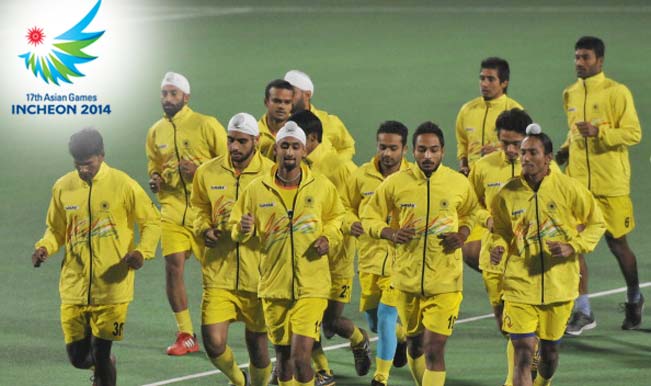 Commonwealth Games 2014 Silver medalist Indian Men’s Hockey Team eyes for nothing but the best at the upcoming 17th Asian Games that would kick start from September 19 to October 4 at Incheon, South Korea. In the opening match, Sardar Singh led Indian side will face the challenge from neighbours Sri Lanka on September 21. As for the Indian eves, who finished fifth at Glasgow will face Thailand in their opening match played on September 22. Also Read - Hockey | Systematic Approach And Two-way Communication Key to Rise in World Rankings: SV Sunil

The Indian men’s side that went down fighting to Australia at Glasgow find themselves in the same Pool B as that of defending champions Pakistan, a side that has dominated in the Asian Games. Sri Lanka, Oman, China complete the Pool B. The major clash between India and Pakistan on the hockey field will take place on September 25. Pool A consists of Malaysia, South Korea, Japan, Bangladesh and Singapore. Also Read - Hockey: Rani Rampal on Becoming First Woman Player to Get Khel Ratna, Dedicates Her Award to The Corona Warriors

Pakistan has won Asian Games gold medals on 8 occasions while India has been winners on two occasions, last winning way back in 1998 in Thailand. In the last edition of Asian Games, Indian team had to remain content with third place as Malaysia was 2010 Asian Games runners up.

The Indian eves will start their campaign against Thailand on September 22 at Seonhak Hockey Stadium. Indian women’s hockey team feature in the Pool A along with China, Malaysia and Thailand while the Pool B consists of 2010 runners up South Korea, Japan, Kazakhstan and Hong Kong China.

In the second match, the Indian eves will play defending champions China on September 24. Indian women’s side finished with the fourth place in the 2010 Asian Games at Guangzhou, China. China finished first with South Korea and Japan taking the second and third place respectively. Indian women has won the glorious title only once in 1982.