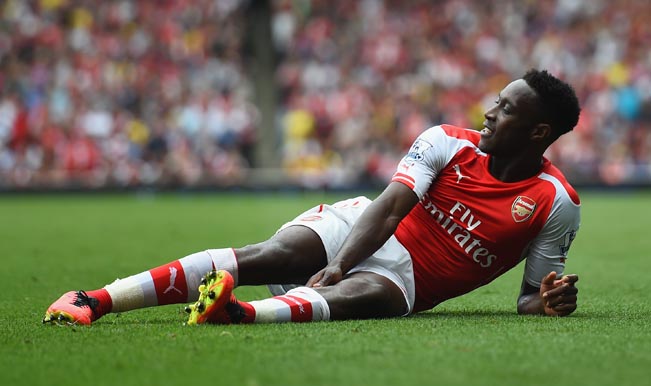 Danny Welbeck is yet to score a goal for Arsenal.

Aston Villa take on Arsenal at the Villa Park for their fifth Barclays Premier League fixture of the 2014-15 season on Saturday. The game is scheduled to kick-off at 7:30 pm IST (3:00 pm BST, 2:00pm GMT) and live telecast in India will be on Star Sports 4 and Star Sports 4 HD. Live streaming links of the match will be available on Star Sports’ official website. Also Read - Kings XI Punjab vs Royal Challengers Bangalore, 6th Match, IPL 2020 Dubai Live Streaming Details: When And Where to Watch Online, Latest KXIP vs RCB, TV Timings in India, Full Schedule, Squads

Paul Lambert’s men are one of the two unbeaten teams in the league this season and managed to beat Liverpool 1-0 on their previous outing to Anfield. Gabby Agbonlahor netted the only goal of the match, handing Brendan Rodgers’ side their second league defeat of the season. The Villans sit second in the league table with 10 points out of a possible 12 and victory over the Gunners will see them go on top of the table at least till Sunday evening. Also Read - Rajasthan Royals vs Chennai Super Kings Match 4 Highlights: Steve Smith, Rahul Tewatia Star as Royals Beat Dhoni's CSK by 16 Runs

Arsenal come into this fixture following their 2-0 reversal against Borussia Dortmund in Group D of the UEFA Champions League. Jurgen Klopp’s side outran the Gunners in all departments with the help of goals from Ciro Immobile and Pierre-Emerick Aubameyang. Arsene Wenger will be hoping for a strong response from his players as the north London club intend to challenge for the league title this season. Also Read - Rajasthan Royals vs Chennai Super Kings, 4th Match, IPL 2020 Sharjah Live Streaming Details: When And Where to Watch Online, Latest RR vs CSK, TV Timings in India, Full Schedule, Squads 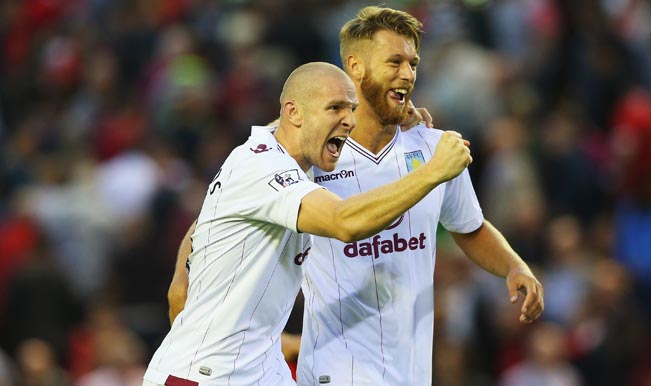 Philippe Senderos (left) will be keen to maintain a clean-sheet against his former side.

Skipper Ron Vlaar remains a doubt with calf-injury while Libor Kozak and Christian Benteke are long-term casualties and are one or two months away from returning to training.

Mathieu Debuchy awkwardly twisted his ankle in the 2-2 draw with Manchester City and the extent of his injury will be revealed this weekend. The Frenchman is ruled out nonetheless alongside his compatriots Olivier Giroud (foot) and Yaya Sanogo (hamstring). Theo Walcott and Serge Gnabry remain sidelined with knee injuries while Nacho Monreal is also out unavailable due to back injury.

But the good news is that Calum Chambers, Mathieu Flamini and Jack Wilshere are all available after recovering from their respective tonsillitis, groin and ankle problems.