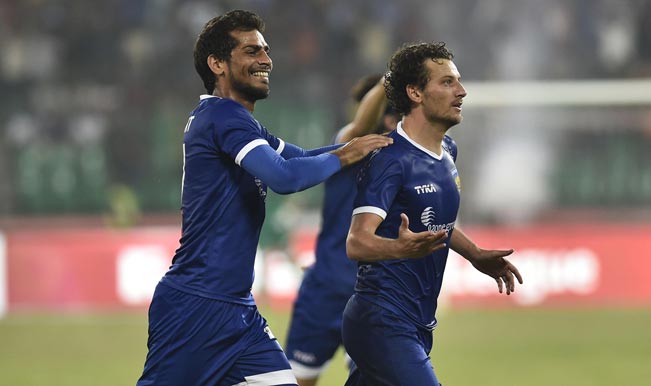 Atletico de Kolkata will look to end their three-match winless run at the Salt Lake Stadium when they take on Chennaiyin FC in a battle for the top spot in the 31st match of the Indian Super League (ISL) 2014. The game is set to kick-off at 7:00 pm IST and live telecast will be on Star Sports 2, Star Sports 3, Star Sports HD 2 and Star Gold. Free live streaming link will be available on Star Sports’ official website. Also Read - East Bengal Head Coach Robbie Fowler Promises to Treat Each Player Equally

Antonio Habas’ side have miraculously managed to retain their top spot in the table despite not playing a single game since last Friday, losing 3-1 against FC Pune City. Fikru Teferra Lemessa scored the consolation goal from the penalty spot in what was the Kolkata outfit’s first defeat of the campaign. They will undoubtedly looking to bounce back but must overcome a resilient Chennaiyin FC, who are powered by Elano. Also Read - ISL 2020-21: Jamshedpur FC Sign Seasoned Goalkeeper TP Rehenesh

The former Brazilian international has surged ahead as the league’s top scorer with eight goals to his tally. The 33-year-old also netted an injury time penalty to help Marco Materazzi’s side clinch a point against Atletico in the reverse fixture at the Jawaharlal Nehru Stadium in Chennai. The former Manchester City and Santos star will be keen to find the net once again and pip today’s hosts from the top of the table for the first time. Both teams are level on 12 points but Chennaiyin FC are separated by the virtue of a single goal. Click here to read the preview of Atletico de Kolkata vs Chennaiyin FC.