After a fine performance at Canberra, Australia will be eyeing series win in the fourth One-Day International in Melbourne. 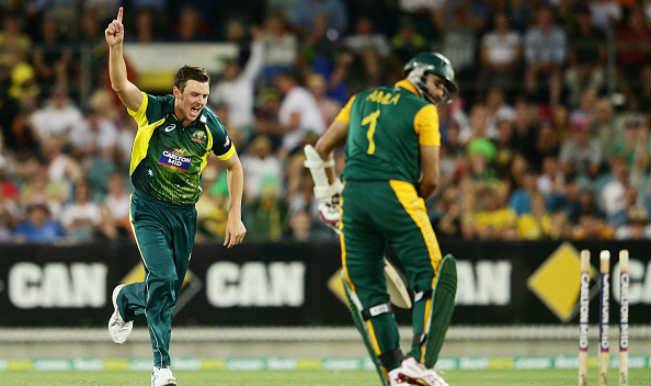 After a fine performance at Canberra, Australia will be eyeing series win in the fourth One-Day International in Melbourne. But coming at Melbourne Cricket Ground (MCG), the Aussies would be haunted with a terrible stadium record for they have never been able to beat South Africa at MCG. Well after good win at Canberra, the confident Australian side would look forward to bettering this fact as well. The 4th ODI match can be followed online on Star Sports and Star Sport.com in India. Watch the interesting Australia vs South Africa battle via free live streaming online in India here. Also Read - COVID-19 Aftermath: Australia Faces Recession For First Time in 30 Years

Australia has always opted to bat first after winning the toss in the three matches so far and set a huge target for the opposition, something which the side achieved except for the match in Perth. At Melbourne, they would be ensuring few changes in their playing order with the upcoming colossal tournament World Cup 2015 in focus. On one hand Australia might give chance to Pat Cummins in Melbourne ODI, they would continue to have faith in the talented Mitchell Starc to display the fine performances like the one at Perth. Also Read - Covidiot! Australian Woman Smashes Police Officer's Head Into Concrete When Told to Wear a Mask

While South Africa will also have to sort their woes for they let Australia score a mammoth 300 plus total on two out three matches in the series so far. With experienced JP Duminy out with injury, it has left the side in jittery and pushed captain AB de Villiers to number five in the batting order and giving chance to new batsman Farhaan Behardien to play better on top of the order. Proteas would be particularly happy with the form of Hashim Amla.