Thorpe's bravery in openly discussing his sexuality was a major talking point with fellow sportspeople, celebrities and commentators speaking up for the global icon. 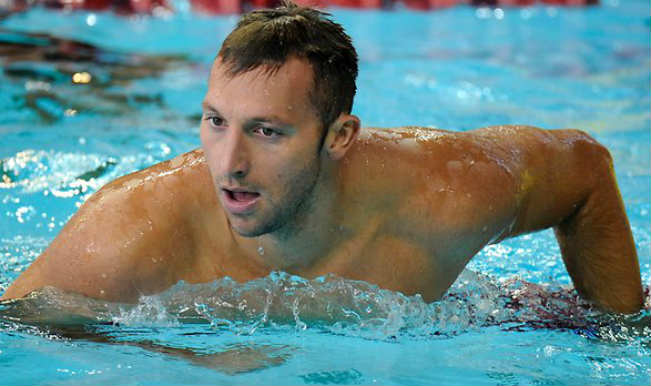 SYDNEY, July 14: Swimming giant Ian Thorpe received support and glowing praise Monday for revealing he is gay in a move advocates believe will help remove the stigma of homophobia in sport. The five-time Olympic champion made the admission in an interview with British presenter Michael Parkinson aired by Australia’s Channel Ten on Sunday. Also Read - Watch It to Believe It! This 8-Year-Old Israeli Girl Loves Swimming With Her 11-Foot Pet Python, The Internet is Scared

Thorpe’s bravery in openly discussing his sexuality was a major talking point with fellow sportspeople, celebrities and commentators speaking up for the global icon. The New South Wales Gay and Lesbian Rights Lobby said his coming out would have a positive impact, particularly on young people. Also Read - Watch: 71-Year-Old Portugal President Swims to Save Two Women From Drowning After Their Kayak Overturns

“I think it’s wonderful that he feels like he’s in a place now where he can talk about it,” Mitcham told the Sydney Morning Herald. Mitcham said sponsorship commitments would have weighed heavily on any athlete deciding whether to go public with their sexuality as the stereotypes and the stigma are well known.

“That’s why we need high-profile gay athletes, to prove the stereotype wrong. Thorpe is about as high-profile as it gets.” The swimming world embraced the 31-year-old for the courage to reveal his deep secret.

“I’m sure it must have been incredibly hard for @IanThorpe to come out, but I hope this brings him peace and that everyone respects his choice,” she tweeted.

Olympic and world champion Grant Hackett, who grew up with Thorpe during their peak swimming years, said he hoped the decision to speak publicly would help his friend move forward.

“Obviously we went through our careers together and we raced a lot but at the end of the day who really cares? It’s 2014, I don’t think anybody’s really too concerned about his sexual orientation,” Hackett said.

Swimming Australia president and yachting great John Bertrand congratulated Thorpe for making a stand. “The fact that one of our greatest Olympic athletes has been so honest sets a precedent in this country for more open dialogue,” he said in a statement.

“It was great to see Ian looking so happy and healthy during the interview, after what has clearly been a difficult year for him with injury and illness.” Athletes from other sports also weighed in with Australian cricketer Brett Lee saying: “It doesn’t matter as long as you’re happy in your own skin. Well done mate.”

Canadian swimmer Mark Tewksbury, who came out as gay six years after he won the gold medal and broke the 100 metres backstroke world record at the 1992 Olympics, was another to salute the Australian.

“It was always the question of who was going to be the really big star (to be openly gay),” he told the Sydney Morning Herald. “Ian is an icon, Ian is the star.”

In the interview, Thorpe said he had “wanted to come out” for some time, but didn’t feel as if he could make the admission. “Part of me didn’t know if Australia wanted its champion to be gay, but I am telling not only Australia but the world that I am gay and I hope it makes this easier for others now,” he said.

Thorpe also described during the interview his years of battling depression and that he had at times contemplated suicide.