Zimbabwe made a much improved performance but fell short of the target. 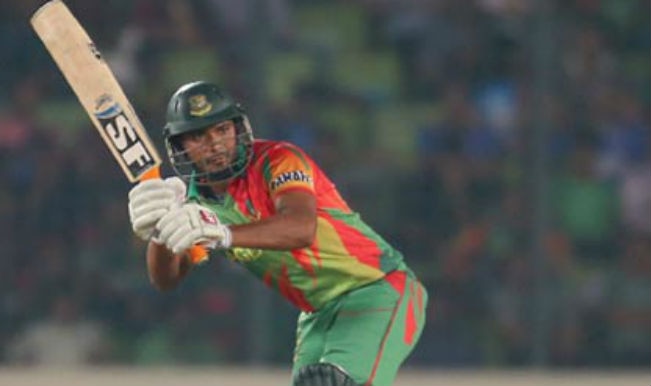 Bangladesh won the fourth match of the five match One-Day Internationals (ODI), but it was not as much as a cakewalk as the Test matches or the ones that were played earlier as a much improved bowling performance from the visitors gave them the belief that they could pull off the first win 0n the tour. The Zimbabwean bowlers, Neville Madziva and Solomon Mire ran through the top order before Mahmudullah stood like a rock to shepard the innings before Mushfiqur Rahim’s sterling run with the bat propelled the hosts to a competitive 256 for eight. Also Read - Former Bangladesh PM Khaleda Zia Shifted to CCU After Breathing Issues

Shakib Al Hasan, yet again, was the tormentor in the early overs as African nation lost their openers but counterattacked well through the prolific Brendan Taylor and Mire thwarted the bowling attack to keep the visitors in the hunt before the pair was dismissed and put an end to the chase as Bangladesh stemmed the run flow through their slower bowlers. For once, Zimbabwe were not bundled out but fell well short of the chase. Also Read - SL vs BAN Test Series - Live Streaming Cricket: When and Where to Watch Sri Lanka vs Bangladesh 1st Test Live Cricket Match Online and TV Telecast in India