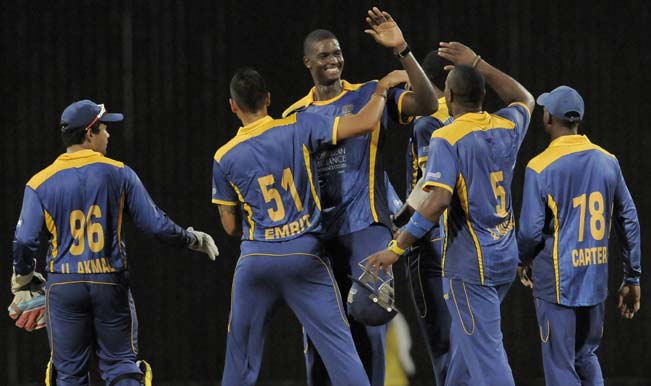 Barbados tridents will take on the Cape Cobras in their second game of this seasons CL T20 league. Both the teams are looking for their first win of the season and the team that loses today in all possibility will be out of the tournament. This makes this battles that much more intriguing. But all these big battles are decided by some mini battles that are fought within the game. Here we take a look at some of the mini battles of today’s game. Also Read - BAR vs SLZ Dream11 Team Prediction CPL T20 2020: Captain, Fantasy Cricket Tips For Today's Barbados Tridents vs St Lucia Zouks Match at Queen’s Park Oval, Trinidad 7:30 PM IST August 30

This is the battle of two of the teams best all rounders. All rounders are players who are expected to deliver in both the departments and give their teams an extra edge over the opposition. This here is a battle between two of the best in the business and the one to succeed will take the honors for their team. Also Read - SLZ vs BAR Dream11 Team Prediction CPL T20 2020: Captain, Fantasy Cricket Tips For Today's St Lucia Zouks vs Barbados Tridents Match at Brian Lara Stadium, Trinidad 7:30 PM IST August 20

Richard Levi is known to dismantle bowling lineups, while Jason Holder is a tall and fast bowler with the typical Caribbean swag. The battle promises to be very exciting,  with a strong and aggressive hitter of the Cricket ball on one side and an exceptional bowler on the other. The one to get the better of the other in this battle will definitely provide the early advantage for their team.

Two of the most experienced players in today’s game, and two of the biggest impact players as well. Ravi Rampaul is quick and loves to scare and trouble a batsman, while Amla is hardly scared of any challenge that is in front of him. Amla is very consistent and if he gets a start he is very danerous in the long term, on the other hand, if Rampaul gets a couple of wicket early on, he might lead the Tridents to victory.