The image was posted on the same day Messi's father and agent Jorge Mendis flew into Barcelona to talk about the future of the Argentine.

Barcelona faced the heat on social media after they launched their new home kit on Wednesday and had ace player Lionel Messi modelling in it amid his transfer talks. The image was posted on the same day Messi’s father and agent Jorge Mendis flew into Barcelona to talk about the future of the Argentine. Also Read - Lionel Messi's Reaction After Barcelona Lift Joan Gamper Trophy Will Make You Depressed | WATCH

This comes after Messi stunned the world with the news last week that he is inclined to move out of Camp Nou following the humiliating Champions League exit against Bayern Munich, where the Catalans lost 8-2 at Lisbon. Also Read - Lionel Messi Selected in Argentina's FIFA World Cup 2022 Qualifier Squad

It is reported that the six-time Ballon D’Or-winner has agreed to a contract with Man City, where he will reunite with Pep Guardiola.

There is already a legal battle between Messi and the club whether or not he is a free agent. is impending exit has dominated the football world with FC Barcelona refusing to let him go and instead are hopeful of renewing his contract.

As his contract ends next season, the club believes he is still their player and so sees it fit to use his image to promote their new kit. But this has not gone down well with the fans, who are criticising it. 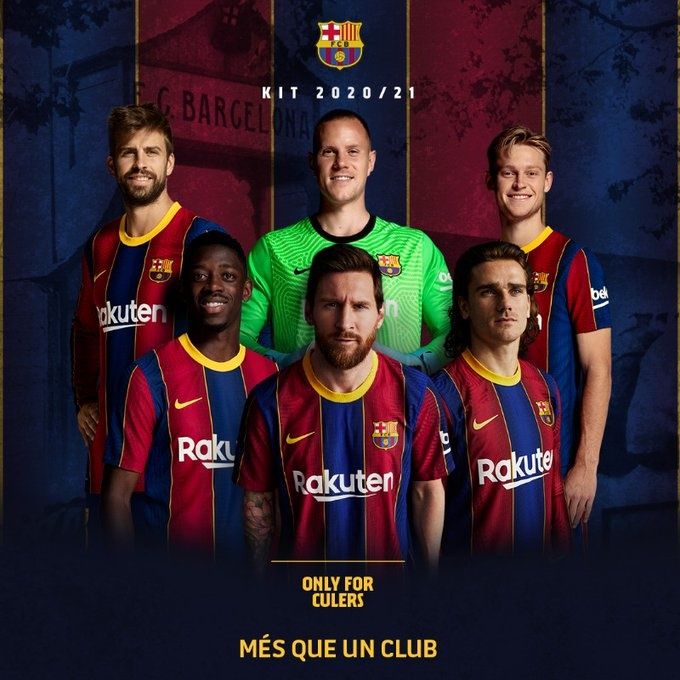 A Twitter user wrote: “Stop advertising the jersey with Messi, just let him go ffs, the man deserves this much.”

Messi has been at Camp Nou since his early teens and is their all-time leading goalscorer with 634 goals in 731 appearances. During his time at the club, he has led them to 10 La Liga titles and four Champions League trophies.

Meanwhile, the LaLiga fixtures for the upcoming season have been released and the El Classico takes place in October.