The recent 1-3 loss to Southampton pushed the Eagles to the bottom three which cost Warnock his job. 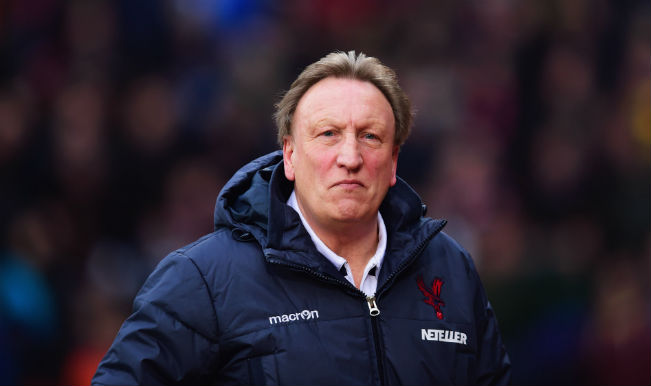 London, Dec 27  Neil Warnock was sacked as the manager of Crystal Palace after just four months in charge at Selhurst Park. The Eagles dropped into the bottom three of the English Premier League on Boxing Day after a 1-3 loss to Southampton, with pressure mounting on Warnock and fans calling for his head, reports dailymail.co.uk. Also Read - Premier League 2018-19 Crystal Palace vs Manchester City Football Live Streaming Online in India, TV Broadcast, Timing IST, Team News, Starting 11, Dream11, When, Where to Watch

“Crystal Palace Football Club can today confirm that Neil Warnock has been relieved of his duties and is no longer first-team manager,” the club said in a statement. The club would like to put on record its thanks to Neil for all his hard work and energy over the past four months.” Also Read - Resurgent Man City resume title quest against in-form

The substitution of winger Yannick Bolasie for full back Martin Kelly, when Palace were 0-3 down to Southampton, saw fans call for Warnock’s head on Friday.