The combustible nature of English football means that we’ve seen some nutters over the years.

The Barclays Premier League is the most-watched league in the planet and many of the top players. The combustible nature of English football means that we’ve seen some nutters over the years. Here are the top 10 craziest footballers to grace the league: Also Read - LIV vs SHF Dream11 Team Tips And Prediction Premier League 2020-21: Captain, Vice-captain, Fantasy Tips, Predicted XIs For Today's Liverpool vs Sheffield United Football Match at Anfield stadium 12.30 AM IST Sunday October 25 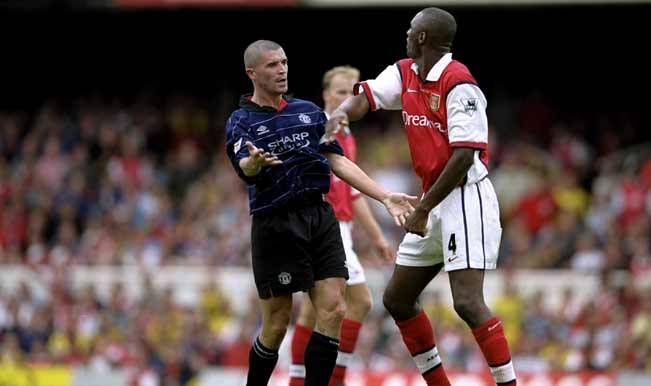 Roy Keane was the perfect captain – straightforward, brutal and loyal to the cause – and downright crazy. It’s hard to imagine Manchester United without him. It didn’t matter who you were; if Roy had a problem with you he’d let you know. His run-ins with Arsenal captain Patrick Viera legendary and every United fan will still remember Roy saying: ‘I will see you out there.’

He even had the gall to take on Sir Alex Ferguson, telling him: ‘You as well gaffer. We need f****** more from you. We need a bit more, gaffer. We’re slipping behind other teams.’ Roy Keane’s new autobiography The Second Half should be an interesting read. Any man who has the nerve to take on Peter Schmeichel certainly deserves to be heard. 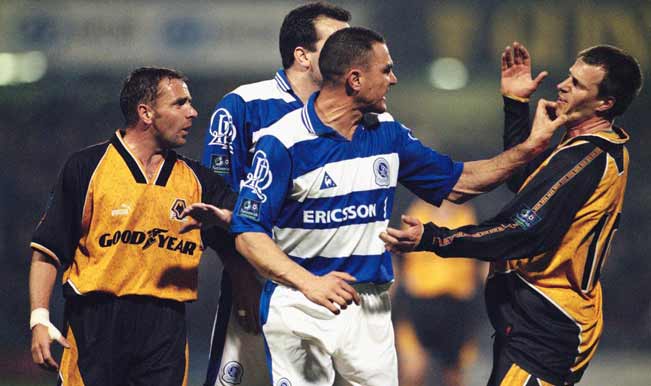 Before he became the go-to British actor for gangster films, Vinnie Jones was a member of Wimbledon’s Crazy Gang and one of the hardest men on the field. He was once famously booked only three seconds into a game and was also photographed grabbing Paul Gascoigne by his testicles during a match. He was very proud of his ‘hard man’ sobriquet, even going on to present a video called Soccer’s Hardest Men which led to him being fined a then-record £20,000. 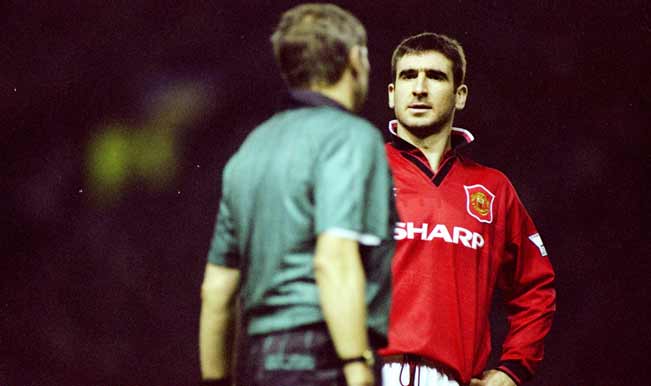 ‘I do not play against a particular team; I play against the idea of losing.’ Le Roi (French for The King) as he was fondly known by the Manchester United fans was a philosophical footballer who was immensely talented with a mercurial temper and a penchant for philosophy.  He played with his collar up, scored breathtaking goals and was banned from football for nine months for kung-fu kicking a supporter who abused him. All said and done, it’s very rare that the Premier League will ever see his kind again.

His most famous quote came when he was banned from football for nine months and told the assorted group of media men: ‘When seagulls follow the trawler it is because they think sardines will be thrown into the sea.’ Most current footballers would have trouble even memorising those lines, forget about thinking them up! 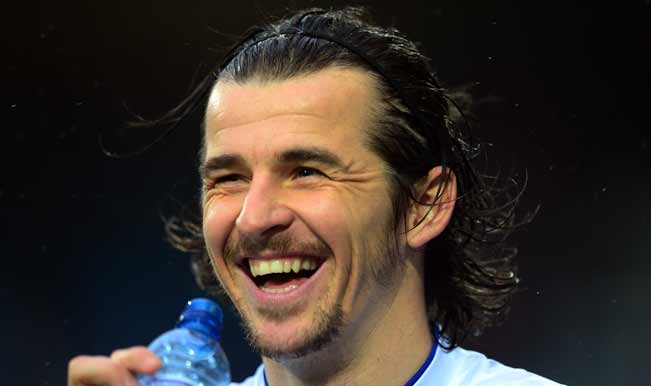 Joey Barton is one of the most enigmatic figures we have in the game. A talented footballer, he has suffered several meltdowns over the years. He has served time in prison, undergone therapy and even stubbed out a lit cigar on a youth player who was trying to set fire to his shirt.

He has also shown a surprisingly intellectual side on Twitter, quoting Nietzsche, admitting his problems with alcoholism and has openly supported gay rights. Last heard, the footballer had fired two of his ghost writers and is attempting to write his own autobiography with the help of the head of humanities at Roehampton University where he is studying for a degree in a philosophy! 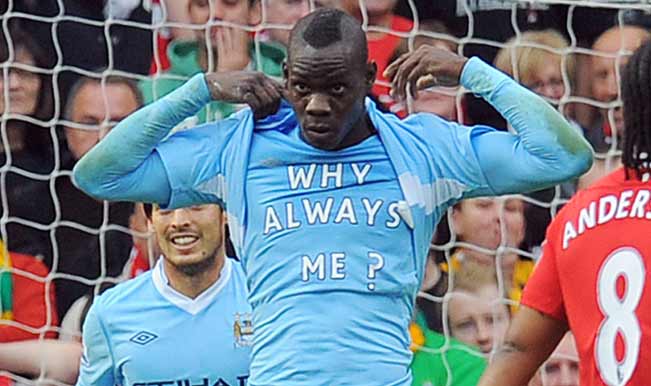 It can’t have been easy for an adopted Ghanaian black kid to grow up in a race-conscious nation like Italy, but that still doesn’t explain all of Super Mario’s antics. An immensely talented footballer, he can be infuriating and exhilarating at the same time, which perhaps explains his cult following in England. One of his managers – Roberto Mancini – had famously said that he would have gone mad if he talked to Mario every day. Some of his antics are downright ludicrous – dressing up as Santa to distribute gifts, telling police officers he carries a lot of cash because he’s rich, setting off firecrackers in his own bedroom, trying to score with a back heel when clean through on goal and even sleeping with a Liverpool fan and then telling her ‘that it helped him with his football’. 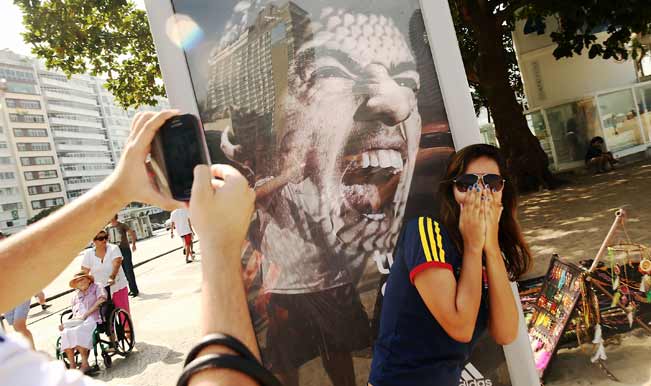 If you bite another player once it was a mistake, but how do you explain it when it happens thrice? The most-talked about incident at the FIFA 2014 World Cup saw Suarez sink his teeth into Giorgio Chiellini’s shoulder, the third time he had done so during a professional football game. Perhaps it’s the ultimate desire to win that has clung on to him throughout his life, ever since he was poverty-stricken kid on the streets of Uruguay. What no one can deny is the fact that he was one of the most talented footballers to ply his trade in England. The Anfield faithful loved him for his quick feet, work rate and his sheer unpredictability which would make defenders look like schoolboys. 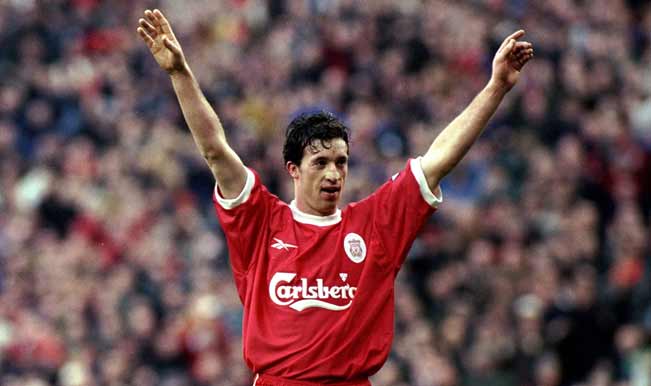 The player the Anfield faithful called ‘God’ was a central member of the insalubrious group of Liverpool players called The Spice Boys who were notorious for their off-field antics. Fowler’s most controversial antics included sniffing chalk powder on the white line of the penalty line to simulate cocaine use, to hit back at a fan who accused him of drug abuse. He also famously taunted Chelsea defender Graeme Le Saux with homophobic comments and wiggled his arse at the defender. 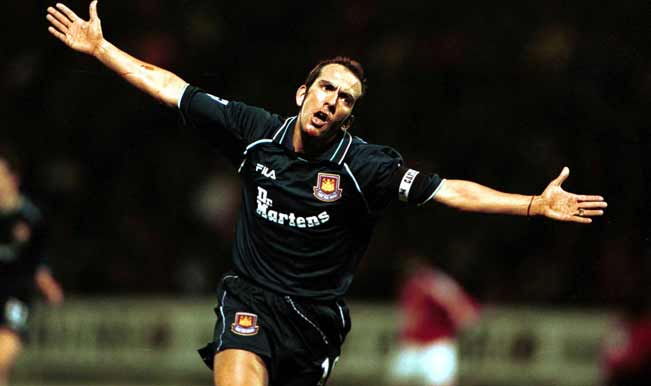 As a footballer, Di Canio was a particularly colourful individual who claimed that he was a ‘fascist, not a racist’. The talented footballer has also expressed his admiration for fascist leader Mussolini, but there was more to the man who pushed a referee to the ground once. In a Premier League match, he refused to score a goal when clean through because the opposition keeper had injured himself. Di Canio carried his flamboyant personality into management, especially in his Sunderland days. He put crazy restrictions on the training ground which included a ban on cell phones, tomato ketchup, mayonnaise and ice in Coca-Cola! 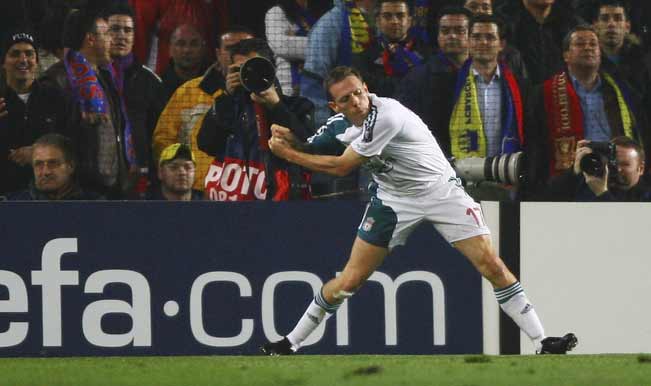 The legendary manager Sir Bobby Robson described Bellamy as ‘a great player wrapped round an unusual and volatile character.’ The Welsh winger once threw a chair at a first team coach, sent abusive messages to club captain Alan Shearer (when he was in Newcastle United) and attacked teammate John Arne Riise with a golf club. And if that wasn’t enough, he also then mocked the incident in a post-goal celebration after scoring against Barcelona and then set-up Riise for the winner!  Despite his crazy antics, he also has an altruistic side which saw him set up a foundation in Sierra Leone that teaches boys football as well as focuses on their education. 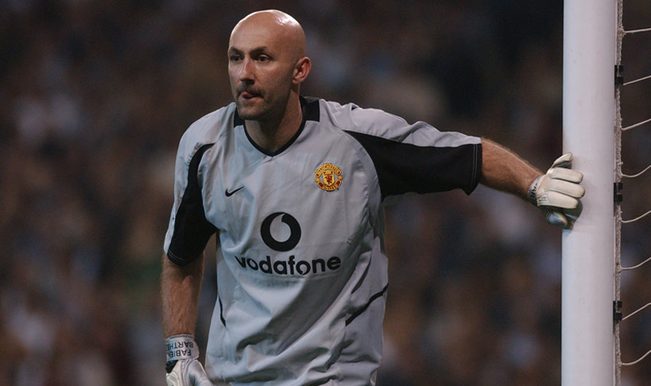 The World Cup winning goalkeeper more eccentric than most of his peers and though he became a fan favourite with the Old Trafford faithful, Sir Alex Ferguson finally gave up on him after a series of bizarre decisions which gifted goals to the opposition. He often liked to beat players with the ball and taunt players. His most remarkable tactic was to psych out opposition players before penalty shoot-outs, which included stepping away from the goal!