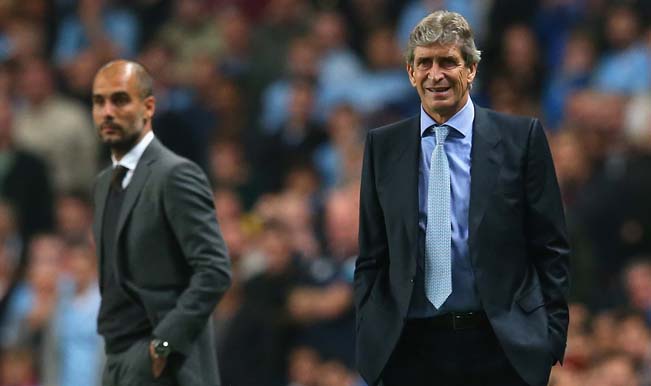 Both teams have won and lost the same amount of fixtures, one each at the Etihad and at the Allianz Arena. Last campaign, game was highly intriguing as Manuel Pellegrini’s men lost 3-1 at home but registered a 3-2 victory in Germany. Also Read - Lionel Messi Transfer: Argentine Superstar Now '90% Likely to Stay' at FC Barcelona

The 61-year-old Chilean erred by miscalculating the requirements to finish on top of the group as one more goal would have allowed them to leapfrog Pep Guardiola’s side. The newly crowned Premier League champions will hope to avoid any such gaffe this time, but have a considerably difficult task on their shoulders. Also Read - Lionel Messi's Father And Agent Jorge Arrives in Barcelona to Hold Transfer Talks

Quote from the camps

Pep Guardiola (Bayern Munich manager): “We are very happy to be here – the Champions League is something amazing. We are playing against one of the top teams, the English champions, but there are many top teams in the Champions League. The first game is important for the tournament. It is a tough group, so starting with three points is always best. We have to focus on our style and our game and we will try to win.”

Ruben Cousillas (Manchester City assistant manager): “Each season we have great expectations. We are in a difficult group, but we can play a good role. I had the pleasure of getting to know Guardiola and to see him work – he is a wonderful manager. We believe we are going to have a great season and we have the players to achieve great things. So do Bayern, Roma and [CSKA] Moscow, but I can’t promise we will have better chances.”