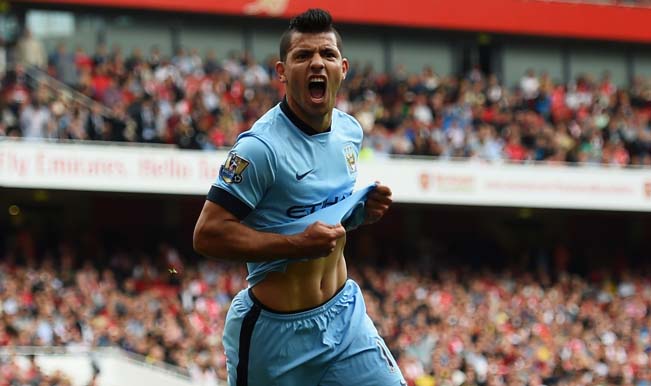 Sergio Aguero will be looking to fire all barrels at Manuel Neuer.

Manchester City have travelled to Germany to face Bayern Munich at the Allianz Arena for their opening Group E fixture of the UEFA Champions League 2014-15. They are drafted alongside Italian giants Roma and reigning Russian champions CSKA Moscow, in what can be termed as the Group of Death. Also Read - I Don't Want Lionel Messi Anywhere Near Premier League: Liverpool Star Andy Robertson

Pep Guardiola’s side come into this fixture on the back of a four match unbeaten run in all competitions. Messers Mario Gotze and Frank Ribery were on target on either side of the break against Stuttgart in the Bundesliga last Saturday; helping the reigning German champions register a 2-0 victory. Also Read - Lionel Messi's Father And Agent Jorge Arrives in Barcelona to Hold Transfer Talks

Bayern are set to commence their chase for a sixth European title with the aim of catching up with AC Milan (seven) and Real Madrid (10).  A formidable task lies ahead but Guardiola would be keen on guiding the Bundesliga champions to fourth final in six years.

Manchester City, on the other hand, have retained their position in the Champions League for fourth successive season in a row.  In the first two attempts, the Citizens failed to qualify for the knockout stages but last season they progressed into the last-16 stage where Barcelona showcased their superiority with a 4-1 victory. 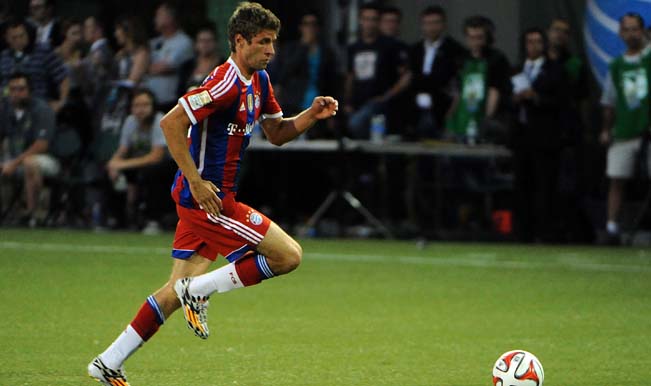 Holger Badstuber tore a thigh muscle last weekend while Franck Ribery, Thiago Alcantara, Bastian Schweinsteiger and Javi Martinez are all sidelined with knee injuries but Netherlands forward Arjen Robben is a doubt with a similar problem.

Pablo Zabaleta is ineligible to feature after picking up a red card against Barcelona last season. Stevan Jovetic (hamstring) and Fernando Reges (groin), who were unavailable to feature last weekend against Arsenal continue to remain on the doctor’s table.  Manager Manuel Pellegrini too will not be guiding his team from the sidelines after receiving a two-match suspension during the first-leg against the Catalan giants at the Etihad.