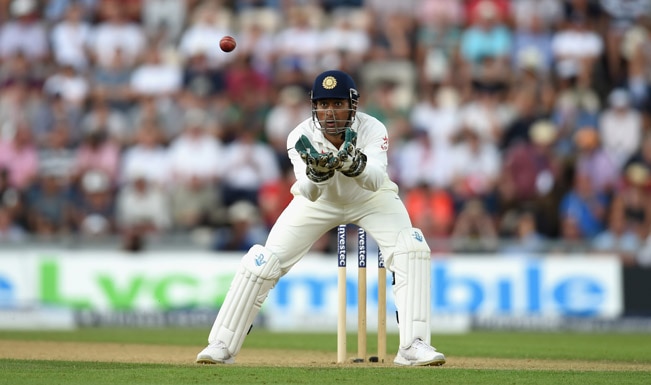 Mumbai, Aug 19 With the World Cup only six months away, the Board of Control for Cricket in India (BCCI) doesn’t intend to sack India captain Mahendra Singh Dhoni, whose leadership has now been put under lens by critics. On a day when the BCCI cracked the whip in the aftermath of the 1-3 humiliating Test series loss to England, the board also made it clear that it was fully behind Dhoni. Also Read - Sports Minister Kiren Rijiju Inaugurates Rowing Centre in Srinagar

The India captain enjoys the blessings of International Cricket Council (ICC) chairman N. Srinivasan, who has been removed as the BCCI president by the Supreme Court. “There is no need to remove Dhoni as the captain,” said BCCI secretary Sanjay Patel. The BCCI, however, has acted tough by clipping the wings of chief coach Duncan Fletcher. Also Read - CSK Skipper MS Dhoni Enjoys TT Session With His Super Kings Ahead of Their IPL 2021 Opener at Wankhede | WATCH VIDEO

Fielding coach Trevor Penney and bowling coach Joe Dawes, who were hand-picked by Fletcher, were dropped and former India captain Ravi Shastri was appointed director of the team for the ODI series starting Aug 25. The BCCI earlier this year extended the contracts of both Penney and Dawes, along with Fletcher, till the World Cup due in February-March 2015. But in the aftermath of the team’s disastrous show in the five-match Test series against England, the board decided to drop Penney and Dawes.

The BCCI has also appointed former India all-rounder Sanjay Bangar and former fast bowler Bharat Arun as the assistant coaches while R. Sridhar, who was part of the now non-functional National Cricket Academy (NCA), will join as the fielding coach for the ODI series. It was after five years that BCCI has appointed Indians as assistant coaches. Venkatesh Prasad and Robin Singh, who were appointed in 2007, were sacked as the bowling and the fielding coaches in 2009.