BCCI secy Sanjay Patel claimed that Dhoni's decision to retire was shocking but it was planned! 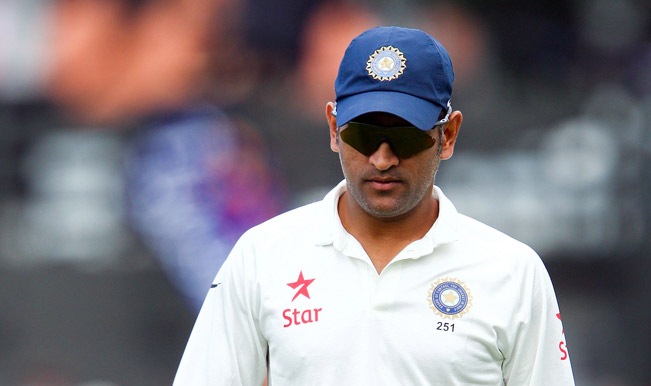 New Delhi: Mahendra Singh Dhoni’s decision to retire from Test cricket with immediate effect might have stunned a lot of people but BCCI secretary Sanjay Patel said that “it wasn’t taken in haste” and came after a lot of “soul searching and deliberations”. Although Patel did not divulge details of his discussions with Dhoni, he did admit that he knew that Dhoni wanted to “quit one of the formats” in order to concentrate on remaining two formats.

“MS is a very practical man. Today (Tuesday), he called up just after the Test match in Melbourne and told me that he wanted to retire from Test cricket. I asked him “what happened are you injured or what?” He just calmly told me “No, I just want to quit Test cricket for good,”. He is an Indian captain and a distinguished cricketer. It’s his personal choice and I needed to respect that,” Patel told PTI.

“I asked him,”Is it your final decision and he told me “Please wait a bit as I want to inform the boys about my decision and then you can make an official announcement. He duly called up and told me that I have informed the boys and you can go ahead. In the meanwhile, I also contacted chairman of selectors Sandeep (Patil) and Shivlal Yadav. Both felt that we should respect Dhoni’s decision,” the BCCI secretary said revealing the turn of events that unfolded in the aftermath of India’s draw in the third Test against Australia.

“I was a bit taken aback by the suddenness of his statement. But we had spoken about it before the Test also. Now what transpired between us is an internal matter but I can tell you that it wasn’t a decision taken in haste. It was done after due deliberations,” Patel added.

Was Dhoni a touch emotional when he intimated about the decision, Patel said,”I didn’t feel that. But someone, who was present in the dressing room told me that he (Dhoni) was a bit emotional while announcing his decision. He has given fantastic service to Indian cricket and the BCCI has always believed that retirement is any player’s personal choice.”

Patel also explained that Dhoni is very much India’s captain in the other two formats.

“You have to understand that Dhoni knows the rigours that his body has taken in Test cricket more than anyone else. But there isn’t a single murmur about his leadership in the shorter formats. There is no question of any change in that regard,” Patel concluded.