The top-seeded American brothers swept to a 6-3, 6-4 win over their 11th-seeded rivals which gave them a 16th Grand Slam title. 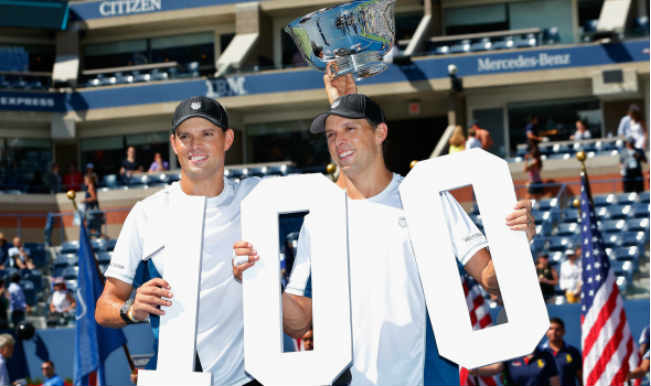 The 36-year-old world number one pair were also champions in New York in 2005, 2008, 2010 and 2012. “To win here is extra-special, but I have to congratulate Marcel and Marc, they are a class act,” said Mike Bryan. “The crowd pulled us through, these fans are rocking.” Also Read - It'll Take a While Before India Wins Another Olympic Tennis Medal: Leander Paes

He added that they will keep playing despite reaching the 100-title landmark. “We will keep going, we love this game. We will go to Chicago for the Davis Cup against Slovakia. We hope to do well. We’re not stopping any time soon.”