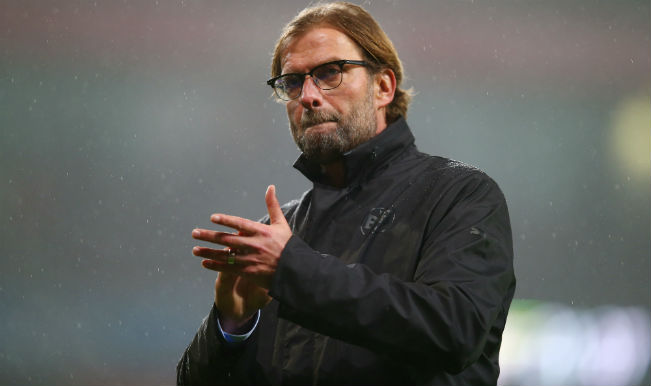 The German Cup is set to take place in Olympiastadion with Borussia Dortmund facing VFL Wolfsburg in the 2014-15 final. The kick-off is set for 11:30 pm IST and live telecast in India will be on the TEN SPORTS network.  US Viewers can watch the match on Fox Sports. Live streaming services in India will be available through Ten Sports’ official website and TEN HD Also Read - FIFA Awards 2020 Winners: Robert Lewandowski Beats Cristiano Ronaldo, Lionel Messi to Win Best Men's Player Award, Jurgen Klopp Wins Best Coach For 2nd Straight Year

This match is dubbed as the contest that will  be a farewell for coach Jurgen Klopp before he bids farewell to one of the better teams of this generation —  a team that he built, nurtured and helped conquer the biggest of stages. Well, that statement might not entirely be true as they narrowly missed out on the UEFA Champions League title. With that being an aberration, the world and the Borussia Dortmund fans will remember him for his extraordinary feats. They toppled Bayern Munich off their perch and it was not before they lost some of their best talents to the Bavarian giants that they fell down the pecking order. Also Read - Cristiano Ronaldo Over Lionel Messi, Pep Guardiola Above Jurgen Klopp: Burnley's Jay Rodriguez

The Olympiastadion in Berlin will be the venue for the clash and there will be a partisan atmosphere from the yellow cloud of the Dortmund fans, who already paid rich tribute to their erstwhile manager, unfurling a magnificent ‘Thank You’ banner. Their league season though has left much to be desired and finished way below the paces of the standards that they have set over the last five years.

Aaron Hunt will be leading the line for Dortmund but it will be the deadly trio of Kevin de Bruyne, Andre Schuerlle, and Luis Gustavo who will be the biggest threat for the opponents. Each of them can change the game in the blink of an eye. Dortmund meanwhile, will be banking on Marco
Reus to deliver the goods.