Forced to take the legal route after being denied the honour initially, Indian boxer Manoj Kumar will be bestowed the Arjuna Award as the sports ministry has finally accepted his nomination. 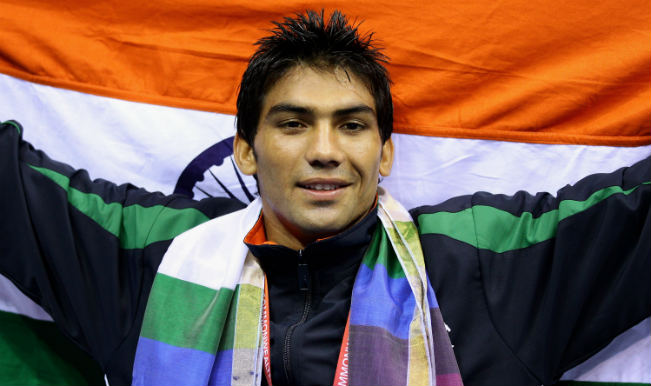 NEW DELHI: Forced to take the legal route after being denied the honour initially, Indian boxer Manoj Kumar will be bestowed the Arjuna Award as the sports ministry has finally accepted his nomination.  Manoj, a 2010 Commonwealth Games gold-medallist, told that he was informed of the ministry’s decision this morning.”Mr Onkar Kedia, joint secretary (sports), informed my brother Rajesh of the development last evening. But the information reached me only this morning,” Manoj, who would be competing in the upcoming Asian Games in Incheon, said. The controversial recommendation of boxer Jai Bhagwan for the Arjuna Awards had led to Manoj approaching the sports ministry officials, who, he said, had assured him that his name would be added to a list of 15 athletes in a review meeting.But after being snubbed for a second time in the review meeting, Manoj took the legal route and filed a case in the Delhi high court. “It is not pleasant at all that I had to approach the court but there was no option left for me. I am glad that I have been proved right and it has lifted my morale ahead for the Asian Games,” said the light welterweight category boxer, who was a quarterfinalist at the recent Glasgow CWG.”I am thankful to my elder brother Rajesh, who fought alone for me against a system which was bent on proving us wrong. It is sad that I had to fight like this for something that was rightfully mine,” he added. The ministry, represented by additional solicitor general (ASG) Sanjay Jain, had admitted in the court that Manoj was initially not considered for the award by the committee as they mistakenly believed that he was involved in a doping case. Also Read - From Consuming One Meal a Day to Arjuna Awardee, Former India Kho-Kho Captain Sarika Kale Has Come a Long Way
Also Read - Boxer Manoj Kumar Writes Letter to Sports Minister Requesting Dronacharya Award For Coach Rajesh Also Read - Weightlifter Sanjita Chanu to Get Arjuna Award After Dope Charges Dropped