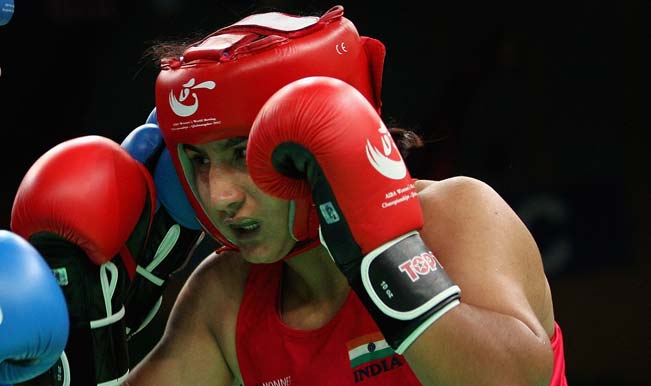 Indian Boxer Pooja Rani was forced to settle for Bronze in Women’s Middleweight (69-75kg) category after losing to China’s Qian Li in the semi-final on Tuesday. This news comes as a second straight blow for India’s hopes for a boxing gold after L Sarita Devi was controversially eliminated in the South Korea’s Jina Park in the 60kg category.Also Read - Omicron Response: List of Countries That Have Put Travel Restrictions To African Nations

The 23-year-old from Haryana looked dissapointed as she went down, 0-2, with the third judge giving a tied score as the judges unanimously favoured the Chinese at the Seonhak Gymnasium. Also Read - Football: Manisha Kalyan Defies All Odds; Scored Dream Goal Against Brazil

Earlier in the day, five-time world champion Mary Kom secured a berth in the gold medal bout of the women’s flyweight (48-51kg) after a convincingly trumping Vietnam’s Le Thi Bang in the semi-final; with a unanimous 3-0 decision to enter the final. The 31-year-old was in fine form and her speed and guile was just too much to handle for the Vietnamese fighter.

Mary Kom peppered her opponent with multiple combination punches and didn’t give her anytime to gain a foothold. Le went for broke in the fourth and final round and managed to connect a few punches but with the Indian, having already won the previous three rounds there was very little the Vietnamese could do.