Pele recently underwent surgery for kidney stones earlier this month and was this week admitted once again due to urinary infection. 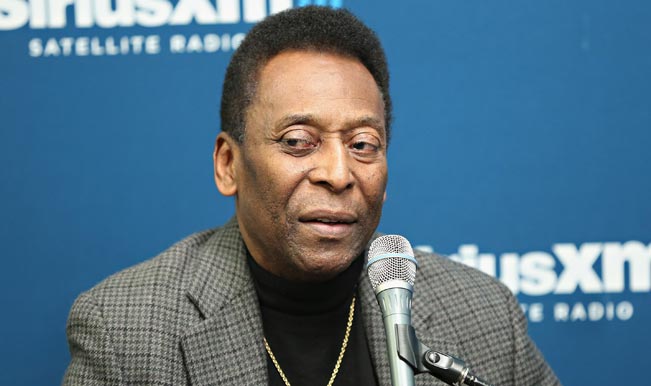 Sao Paulo, Nov 27: Brazil great Pele, 74, was on Thursday taken into a “special care” unit in a Sao Paulo hospital after his health worsened, three days after being admitted with a urinary infection, the hospital confirmed. Also Read - National Security Advisors of BRICS Nations to Hold Virtual Meeting on Thursday

“Edson Arantes do Nascimento (Pele) remains in hospital. To receive the best care he was transferred in order to be monitored in a special care unit,” read a statement released by the Albert Einstein hospital in Sao Paulo. Pele underwent surgery for kidney stones on November 13 before being released two days later. The unit to which the three-time World Cup winner has been admitted is strictly speaking a step before intensive care and will allow him to be monitored more closely than in a regular ward. Also Read - With Spike of Over 90,000 Cases, India's Tally Crosses 42 Lakh-mark; Second Highest After US | Key Points

“The patient has been transferred to a room where he will be more closely monitored, but it is not intensive care, it is an intermediate stage,” a hospital spokesman explained to AFP. After confirming that he had been taken in on Monday, the hospital had said that Pele remained in hospital with tests showing the presence of a urinary infection.

Two years ago, on November 15, 2012, he underwent a hip operation in the same hospital. Pele, nicknamed O Rei (The King), was born in a humble home in the city of Tres Coracoes, but is considered by many as the greatest footballer in history with his exploits for Brazil and a career which saw him score 1,281 goals in 1,363 games. He scored 77 goals in 91 games for his country and won his first World Cup aged just 17, scoring twice in the 1958 final win over hosts Sweden.