Indian skipper Mahendra Singh Dhoni has not paid heed to the Board of Control for Cricket in India’s (BCCI) diktat and gone ahead and announced the Sushant Singh-starrer biopic ‘MS Dhoni – The Untold Story’. 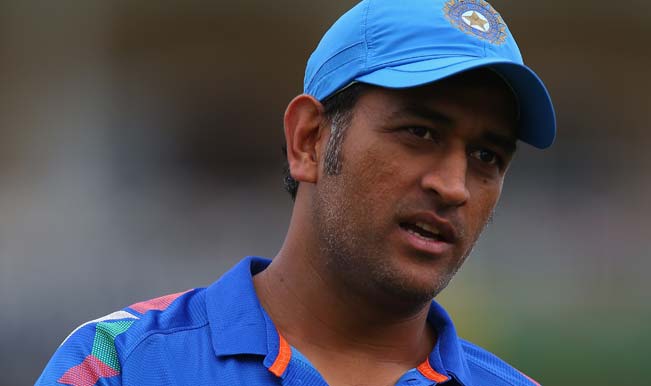 Indian skipper Mahendra Singh Dhoni has not paid heed to the Board of Control for Cricket in India’s (BCCI) diktat and gone ahead and announced the Sushant Singh-starrer biopic ‘MS Dhoni – The Untold Story’. The Indian cricket board had objected to the biopic and said that a film could be made on MS Dhoni only after he retire from international cricket. So has Dhoni made up his mind to retire? And if yes, when? With India set to play the 2015 ICC World Cup early next year, it is unlikely that Captain Cool will hang his boots anytime before that. Also Read: Mahendra Singh Dhoni retirement from Test cricket: Virat Kohli to Captain team India in Sydney Test Also Read - BCCI President Sourav Ganguly Opens Up on Sanju Samson's India Future, Says He's in the Team's Plans

Dhoni who is currently leading the Chennai Super Kings in Champions League T20 2014, was upset with board for not allowing a biopic on his life. He reportedly consulted his friends in the industry who advised him to shift to movie production. The movie is produced by Rhiti Sports, owned by Arun Pandey, manager and a close aide of MS Dhoni. Also Read: MS Dhoni retires from Test Cricket with immediate effect! Also Read - BCCI Confirms Addition of Umesh Yadav, Shreyas Iyer and Shahbaz Ahmed in India T20I Squad Against South Africa

After directing thrillers like A Wednesday and Special 26 and soon to be released Baby – Neeraj Pandey will direct the Dhoni biopic. The Indian skipper seems to be inspired by the success of sports based movies like Bhaag Milkha Bhaag and Mary Kom. This will be the third movie made on prominent Indian sportsmen.

The Indian cricket board had earlier objected to a film being made on the Indian skipper’s life till the time he was playing cricket for India. However, on Thursday posters of the film were released in leading newspapers. The poster also said the movie will release in 2015. Even as the exact date of the movie is not out in the open, it is safe to assume that the Indian skipper will not lead the Indian side after the World Cup.

Even as outsiders there is lot to know about Dhoni the cricketer, who rarely opens up in public, gives interviews or becomes candid in press conferences. His life is tale of a young man from the unknown region of Ranchi going on to become the most popular face in the country. Apart from the innumerable highs, he also became part of numerous controversies. His role in IPL spot-fixing, the backing of Chennai Super Kings owner N Srinivasan and his son-in-law Gurunath Meiyappan among others. Whatever be it, the movie is set to hit the theatres next year and it would be interesting to see if there is a candid version of his story that is being told.

While many would be waiting to hear the untold story, Indian cricket fans will surely miss watching the man with the Midas touch hang his gloves. One of the greatest entertainers in modern day cricket, Dhoni has handled one of the most pressurising jobs in the country with utter ease and led the country to innumerable glory – 2007 ICC World T20, 2011 ICC World Cup and 2013 ICC Champions Trophy among others.