After dismal start to ISL 2014, FC Pune City are up to third after upsettnig leaders Atletico de Kolkata, 3-1 at the Salt Lake Stadium. 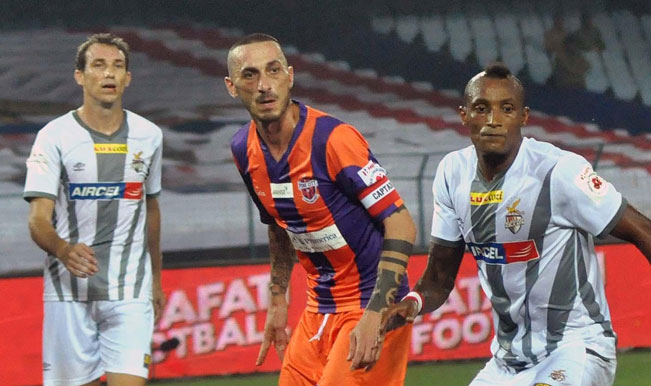 Kolkata, Nov 8: Having surged to the No 3 spot after their 3-1 upset win over leaders Atletico de Kolkata, FC Pune City captain Bruno Cirillo today said there’s no stopping them if they continue to play with the same momentum in the Indian Super League. Also Read - East Bengal to Play in Indian Super League 2020: West Bengal CM Mamata Banerjee

“If we continue to play like this we can finish on the top. We work as a team and play as a team,” the Italian who captained the side in the absence of David Trezeguet told reporters. Also Read - ISL: Chennaiyin FC Announce Csaba Laszlo as Head Coach For 2020-21 Season

Pune City FC jumped to third spot behind Chennaiyin FC on goal difference while Atletico de Kolkata remained steady on 12 points. Trezeguet did not travel with the side as the management did not want to risk the French World Cup winner on this artificial surface at Vivekananda Yuva Bharati Krirangan. Bruno said it was an opportunity for Dudu to make it count.

Showering praise on Dudu, he said: “For sure we know he’s (David Trezeguet) a big player. We knew he won’t be with us. It was a big opportunity for Dudu and I’m very happy for him. He did a fantastic job. I didn’t see the goal but the job. We knew Kolkata was a big team, on the top of the table. We studied them a little bit.”