Cape Cobras of South Africa is set to take on Australia’s Hobart Hurricanes Group B Match 6 of Champions League T20 (CLT20) 2014 at Hyderabad on Sunday. 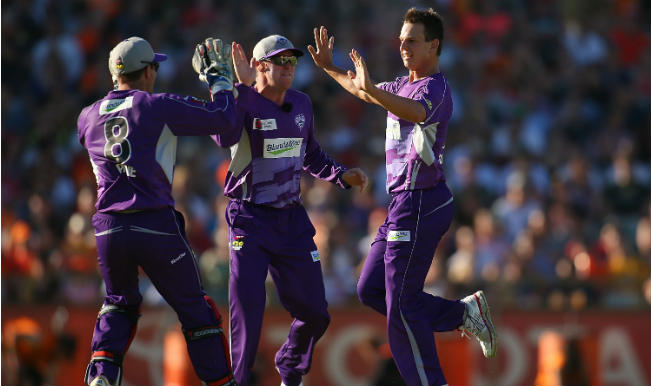 While Cape Cobras were outclassed by New Zealand’s Northern Knights, Hobart Hurricanes were outclassed by Kings XI Punjab. Kane Williamson and Anton devcich had made the bowling attack of the South African look ordinary. The energy in the field was evident, but there were far too many dropped catches for their liking. The batting too never got going against the pace of Trent Boult and Tim Southee. In the absence of JP Duminy, a lot depends on Hashim Amla and Richard Levi to help the South African side post a good total on the board. The bowling attack is good with Vernon Philander, Charles Laneveldt and Rory Kleinveldt, but they need to fire. Champions League T20 2014 Schedule: All Match Fixtures and Complete Time Table of CLT20 2014 Also Read - CC vs DOL Dream11 Team Prediction, Momentum One-Day Cup 2020, Match 14: Captain And Vice-Captain, Fantasy Cricket Tips Cape Cobras vs Dolphins at Newlands, Cape Town 5:00 PM IST

On the other hand, Hobart Hurricanes’ batting needs to improve. The top-order is good with the presence of Tim Paine, Travis Birt, Aiden Blizzard, Ben Dunk and Shoaib Malik. Also Read: Champions League T20 2014: Complete squads of all teams of CLT20 2014