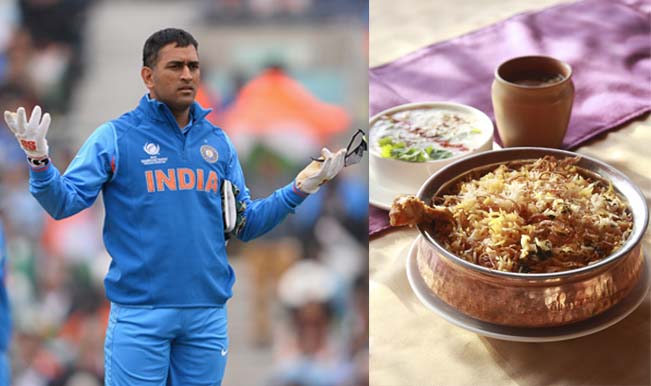 In between the ongoing Champions League T20 tournament, Mahendra Singh Dhoni, known for his composure on the pitch, is in the news once again but for reasons outside of Cricket. The India and Chennai Super Kings (CSK) skipper demanded the entire team to move out of hotel Grand Kakatiya in Hyderabad, to Taj following their defeat to Kolkata Knight Riders in the opening Group A fixture of CLT20 2014. Also Read - IPL 2020, Match 4 Preview: Rajasthan Royals vs Chennai Super Kings

It is a well known fact that no hotel, whether it’s a five-star or a small eatery in a 400 sq ft area, do not allow food produced outside it’s kitchen to be consumed in their premises. And the same lies true for Grand Kakatiya that has strict rules discouraging the consumption of outside food in the hotel premises. But the management permitted the players to take the Biryani to the rooms. However, it is alleged that Dhoni wanted the same facility to be expanded to the board room as well, to which the five-star hotel did not budge and hence the issue escalated.

If what the report says is true and the entire team has moved from the hotel because of such a petty issue, it can certainly be claimed that the wicket-keeping batsman has simply shown his immature side and excessively misused his influence. The hotel is said to have bent the rules and allowed the team to take the food from outside to their rooms. But the 33-year-old’s insistence on taking the food to the hotel’s board room, where generally people gather to discuss strategies or have business meeting, is not crossing one but many lines in just one stroke.

Dhoni’s anger is also believed to have forced former Board of Control for Cricket in India (BCCI) president and current chairman of the International Cricket Council (ICC) N Srinivasan to cancel his booking at the same hotel for Wednesday.

The hotel’s top management and Public Relations team were unwilling to disclose the reasons why CSK decided to cancel and vacate all of a sudden.  Grand Kakatiya’s general manager George Verghese was quoted in the Mumbai Mirror as saying, “We’re a five-star deluxe facility and there are five other such hotels in the city. One is free to pick one’s place of stay. I am bound by confidentiality agreement with our guests and cannot vouch for your information, although I cannot stop you from writing it.”

Meanwhile, a BCCI official on condition of anonymity reportedly stated that, “We don’t know if biryani was the cause of the shift. I’m told Dhoni was not happy with the hotel,” while CSK spokesman Russell Radhakrishnan simply revealed that the team were unhappy with the hotel and decided to move out.