The mighty Mumbai Indians (MI) were humbled by a lesser-known, but extremely brilliant Northern Knights (NK) from New Zealand in the last qualifier match of the Champions League T20 (CLT20) 2014 at Raipur on Wednesday. 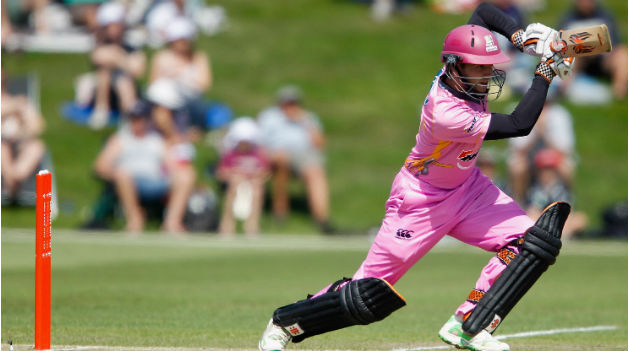 Also Read - IPL 2020: Rohit Sharma Says Playing in UAE's Hot And Humid Conditions 'Takes a Lot Out of You'

The mighty Mumbai Indians (MI) were humbled by a lesser-known, but extremely brilliant Northern Knights (NK) from New Zealand in the last qualifier match of the Champions League T20 (CLT20) 2014 at Raipur on Wednesday. With this defeat, defending champions Mumbai Indians have been eliminated from this edition of the tournament. Northern Knights and Pakistan’s Lahore Lions go through to the next round. Also Read - IPL 2020, KKR vs MI: How Mumbai Indians Bounced Back to Beat Kolkata Knight Riders

Defending a target of 133, Mumbai Indians were never in the hunt. The opening pair of Northern Knights – Anton Devcich and Kane Williamson put on a stand of 83 runs. In the process, Williamson also scored his second half-century of the tournament. One of the features of his innings was the way he danced down the track and played controlled chip shots over the in-field. Even as that got him most of his runs, it proved to be the undoing of his opening partner Anton Devcich, who found a fielder while doing the same. Also Read - Dream11 IPL 2020 Points Table Updated After KKR vs MI, Match 5: Who is at The Top, Most Run-Getter And Wicket-Taker?

Edges were going for boundaries and shots piercing gaps between fielders. The dew in the outfield didn’t help the cause of Mumbai Indians either. Strike bowler Lasith Malinga had a tough time getting the grip of the ball. Slowly with time, runs and failure to get wickets, the intensity in the field dropped.

Earlier in the day, Northern Knights skipper Daniel Flynn won the toss and elected to field in the crucial encounter. Mumbai Indians came in with an unchanged side from the one that beat Lahore Lions by nine wickets on Sunday. The New Zealand side too didn’t disturb the winning combination from the one that was victories in their previous encounters in the tournament.

However, the batting didn’t click for the defending champions like it had done against Lahore Lions. Michael Hussey was the first to fall, with the score at just 10. Jalaj Saxena, Llendl Simmons, Ambati Rayudu and Aditya Tare too followed soon leaving Mumbai Indians reeling at 46 for five within 11 overs. The scoring rate was below par.

Even as Tim Southee and Trent Boult made it difficult for the Mumbai Indians batsmen to score runs freely, it was the experienced Scott Styris who struck three crucial blows to destroy the IPL side’s middle order. Kieron Pollard offered some resistance, but he could manage just a 24-ball 31. Southee came back to scalp two more wickets towards the end of the innings. Lasith Malinga and Shreyas Gopal hit some lusty blows towards the end of the innings to help Mumbai Indians’ cause.