Chennai Super Kings posted a mammoth total of 242 after the Dolphins won the toss and elected to field first in their second game of the CL T20 2014. 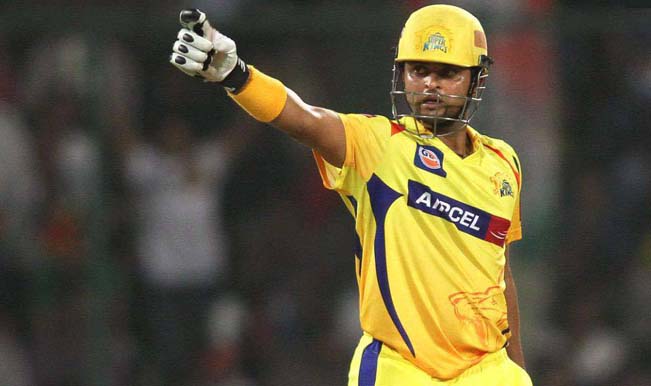 Chennai Super Kings posted a mammoth total of 242 after the Dolphins won the toss and elected to field first in their second game of the CL T20 2014. The Super Kings innings was boosted by an excellent innings by their most dependable batsman Suresh Raina, who went to terminator mode on the Dolphins as he scored an outstanding 90 of just 43 deliveries. Also Read - IPL 2020: Prithvi Shaw on Match-winning Effort vs Chennai Super Kings, Says Trying to Play Along The Ground Helped me

Chennai got off to a disappointing start as they lost Dwayne Smith in the very first over to Keshav Maharaj. Raina joined hands with McCullum at this juncture and what followed was an amazing display of power hitting and strokeplay. Both the batsman added a partnership of astounding 91 runs of just 45 deliveries. McCullum was excellent in his approach of the game as he added 49 runs of just 29 deliveries hitting five boundaries and three sixes. Also Read - IPL 2020 News: MS Dhoni on Ambati Rayudu's Return, Slams CSK Batsmen And Bowlers For Inconsistent Performances vs Delhi Capitals

Raina on the other hand was almost unstoppable today, he reminded everyone of the innings that he played against the Kings XI Punjab in the semi-finals of the IPL 2014. He hit as many as eight sixes in his innings of 90 runs and thoroughly entertained the crowd before being dismissed, as he once again tried to clear the boundary. He added another 65 runs off just 36 deliveries for the third wicket partnership.

After the dismissal of Raina, the story changed a bit for the Dolphins as they picked up wickets at equal intervals. Although the scoring rate for the Super Kings never decreased as every batsmen that came into the middle came with the intent of clearly the boundary every time they got the chance.

One man who missed out on this fun of squashing the Dolphins bowling was MS Dhoni, who was dismissed of the very first delivery that he faced from R Frylinck. Frylinck picked up two important wickets in this over as he had earlier picked up the wicket of Raina earlier in the over. But that didn’t make any difference whatsoever to the Super Kings scoring rate as Faf du Plessis decided to up the ante from here onwards.

Faf scored 30 of just 18 deliveries before he was dismissed after being caught at the boundary in the 16th over. Jadeja joined hands with Bravo from here onwards and he just continued the job that Raina had started as he smacked Maharaj for 3 sixes and a boundary in the 17th over. Jadeja looked like a man possesed at this point of time as he muscled everything in his range out of the park.

The Chennai team ultimately ended up scoring 242, the highest score in any CL T20 match equaling the previous best score of 242/4 set by the Otago Volts. There was another mini assault at the of the innings by our very own Sir Ravindra Jadeja, who made a quickfire 40 of just 14 delivery.