The sixth edition of CLT20 just like their previous edition saw the star players opting to represent their IPL franchises than be a part of their local domestic sides. 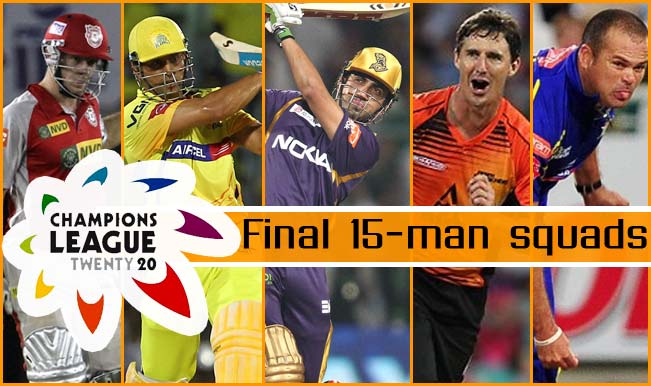 The 12 sides participating in the Champions League T20 2014 have announced their final 15-man squads for the cash rich international Twenty20 cricket tournament. The sixth edition of CLT20 just like their previous edition saw the star players opting to represent their IPL franchises than be a part of their local domestic sides. Just like the previous edition, the players were given relaxation over their choice between the IPL franchise and national domestic side. But players chose to go ahead with the IPL sides as the likes of Kieron Pollard, David Miller and Jacques Kallis, chose to represent their IPL franchises Mumbai Indians, Kings XI Punjab and Kolkata Knight Riders respectively. Also Read - India vs West Indies 2014: Sunil Narine withdrawn from West Indies squad after being reported over illegal bowling action

“Like previous seasons, players who have been named by more than one team have been asked to nominate which side they are going to represent,” said Dean Kino, the CLT20 director of legal and business affairs and a member of its governing council. “Players are free to make any decision they wish. Teams are then allowed to replace any player that has withdrawn from their squad and elected to play for another side.

“CLT20 regulations state that when a player elects to play for their ‘away’ team, that team must pay the ‘home’ team US$ 150,000 compensation per player,” said Kino. Just for clarity on the matter, he went on to explain that the home team is the team from the country the player in question represents in international cricket.

There are two groups – Group A that consists of Kolkata Knight Riders (India), Dolphins (South Africa), Perth Scorchers (Australia), Chennai Super Kings (India) and one of the Qualifiers. Group B consists of Kings XI Punjab (India), Hobart Hurricanes (Australia), Cape Cobras (South Africa), Barbados Tridents (West Indies) and another Qualifier. One of the star sides of India, Mumbai Indians will play the qualifying stage match to move to Group B. The other teams playing the qualifiers are Lahore Lions (Pakistan), Northern Knights (New Zealand) and Southern Express (Sri Lanka).