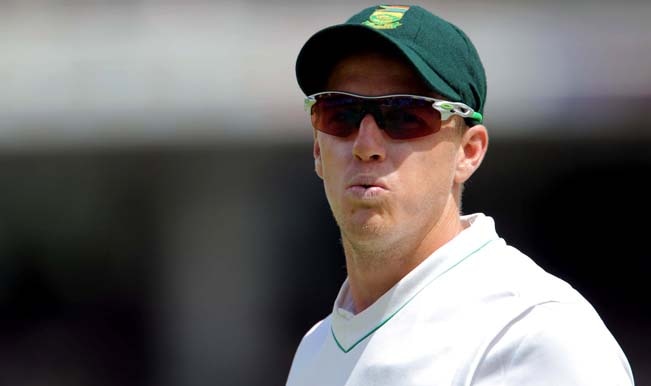 New Delhi, Sep 11: Kolkata Knight Riders suffered another injury blow before the start of the Champions League Twenty20 season with South African medium-pacer Morne Morkel becoming the third overseas player to be ruled out of the competition due to a shoulder injury. Earlier, Australian batsman Chris Lynn was ruled out post a shoulder surgery, while Bangladesh all-rounder Shakib Al Hasan had his No Objection Certificate (NOC) cancelled by the Bangladesh Cricket Board because of disciplinary issues. Also Read - IPL 2021: Sunil Gavaskar 'Fortunate' to be in the Same Change Room as CSK Captain MS Dhoni

KKR Team Manager Joy Bhattacharya today confirmed that wicketkeeper-batsman Manvinder Bisla, who was part of the 15-day training and fitness camp to Bloemfontein with Yusuf Pathan, Piyush Chawla and Kuldeep Yadav, will take Morkel’s place in the 15-member squad. Morkel, who was bought by KKR for Rupees 28,000,000 at the 2014 player auction, bagged 12 wickets in 12 matches at an average of 30.58 and economy of 7.64. Also Read - IPL 2021: 'We Value Youth, But Experience is Important,' CSK Coach Stephen Fleming on Criticism of Over-Age Players