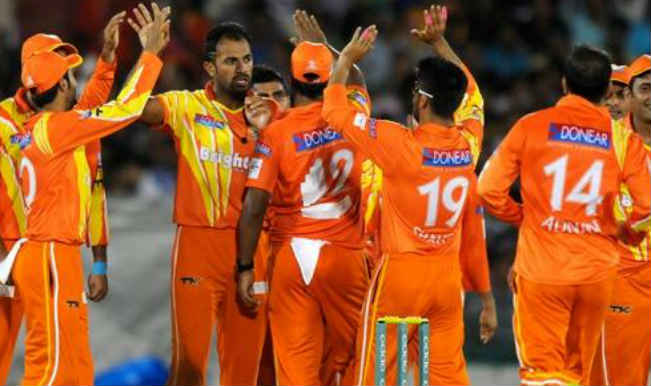 Lahore Lions (LL) registered a comprehensive win over Sri Lanka’s Southern Express (SE) in the penultimate qualifier match of the Champions League T20 (CLT20) 2014 at Raipur 2014. With this win the Pakistani side not only made their case stronger for a berth in the group stage, but also dashed all hopes of Southern Express to make it to the next round of the tournament. Also Read - Liam Plunkett, Tim Southee Among 93 International Cricketers Listed For Lanka Premier League

Chasing a target of 165, Aizaz Cheema ran through the top-order scalping three wickets in his first three overs for just 15 runs. Jehan Mubarak and Angelo Perera offered some hope in the middle, but there was little that they could do to revive the Southern Express’ innings. Adanan Rasool too bagged a couple of wickets to break the backbone of the middle-order. Also Read - Mystery Around Mohammad Hafeez Continues After PCB Facilitated COVID-19 Re-Test Comes Positive

Earlier in the day, Southern Express skipper Jehan Mubarak won the toss and elected to field. Lahore Lions promoted Umar Siddiq up the order to open with Ahmed Shehzad. However, the move soon backfired as he failed to get going. Lahore Lions lost three quick wickets within the space of two overs. Skipper Mohammad Hafeez and Saad Nasim did the resurrecting act, but they too failed to propel the run rate at a great pace.

Hafeez, in particular, was scratchy in the initial part of his innings, scoring only 15 runs from his first 24 deliveries. However, he took a liking to Seekkuge Prasanna in the 16th over and smashed him for 25 runs, including three sixes and a boundary. He then went on a rampage against Charith Jayapathi in the 19th over. He struck a 40-ball 67 before getting dismissed.

Farvez Maharoof, who has been away from international cricket for quite some time, has added a few yards of pace to his bowling and looked good. Lahore Lions batsmen who were circumspect against him and gifted the experienced Sri Lanka all-rounder two wickets in his second over. he ended with figures of three for 28 in his four overs