After a disastrous end to India’s tour of England a few days back, Mahendra Singh Dhoni will be back to take over the responsibility of Chennai Super Kings (CSK) in the upcoming Champions League T20 (CLT20) 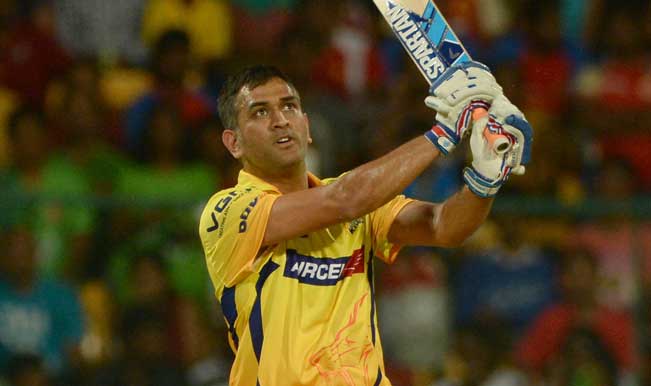 After a disastrous end to India’s tour of England a few days back, Mahendra Singh Dhoni will be back to take over the responsibility of Chennai Super Kings (CSK) in the upcoming Champions League T20 (CLT20).  With a new and a much stronger side at his disposal, the Jharkhand wicketkeeper-batsman is burdened with new responsibility and expectations. Can he do wonders with the team in yellow? Also Read - IPL 2020: Prithvi Shaw on Match-winning Effort vs Chennai Super Kings, Says Trying to Play Along The Ground Helped me

There is very little Mahendra Singh Dhoni could do wrong. Even when he denied the single to Ambati Rayudu, not once, but twice, you trusted him. Even with five runs needed off the last ball, it was nearly impossible to believe that Dhoni could go wrong. He had the confidence in himself and so did many others. He had never failed and it was tough to think he ever could. He had built an aura of invincibility around him and lived up to it for so long. But when he couldn’t clear the ball beyond the boundary line at Birmingham, it wasn’t just about watching India lose a match they should’ve won another day; it was about watching super powers wane. You don’t like to see that around superheroes. Dhoni certainly isn’t a superhero; he simply made you believe that he was one. Even as the long locks made way for visible grey and audacity turned to caution, his powers seemed timeless. Also Read - IPL 2020 News: MS Dhoni on Ambati Rayudu's Return, Slams CSK Batsmen And Bowlers For Inconsistent Performances vs Delhi Capitals

One of the magic of his personality is to live up to endless challenges and expectations. In less than a fortnight after India’s long tour of England ended, he will be leading the Chennai Super Kings in Champions League T20 (CLT20) 2014. The only thing expected out of him is to guide the side to victory. As much as it seems unfair, nothing less seems more befitting to the side’s talent and its past record.

Dhoni will be out with his wards in doing what he does as finely as anyone would – lead a bunch of young boys to glory. He has done it with great success for a long period. It doesn’t matter if the tournament, by concept, is a contest between the best T20 sides in the world; he is expected to win. Going out in the group stage is inexplicable, losing in the semi-finals is underperforming and failing to win the final, at best, is fine. Dhoni is expected to win every time; that is the insane level of expectation riding on him.

Despite India being a cricket-mad country, no other Indian skipper so far has had to cope with such consistent pressure of winning. It doesn’t matter if he has won a million battles earlier, with every failure, the critics will pop their head out, summing the disaster in the most poetic epitaph. Sometimes you just wonder if all this pressure on the players is justified. Is it even a sport any longer where victory and defeat can be considered mere parcel of the event? Dhoni has sealed his own fate with past performances and for the rest of his cricketing career has been destined to prove that Lady Luck doesn’t walk with him, it is he who is living up to those endless expectations time and again.