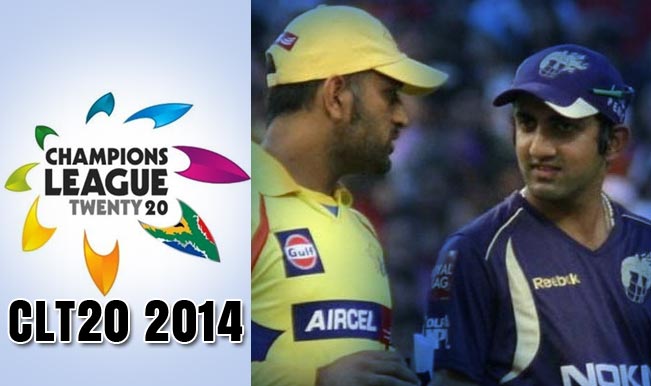 Champions League T20 or CLT20 has reached its sixth year since commencement will once again see the battle among the top domestic teams from major cricketing nations for the coveted trophy. This annual international T20 cricket has garnered a lot of attention around the cricketing world and is sure to be watched out more with cricket frenzy country India hosting the same. [Read: Champions League T20 2014: Complete squads of all teams of CLT20 2014]
Also Read - BCCI to close Champions League T20 chapter: Reports

India has decided four venues for the tournament in form of Mohali, Bengaluru, Hyderabad and Raipur. All the Qualifying Stage matches are to be played in Raipur from September 13 to 16. The Semi finals will be played in Hyderabad on October 2, 2014. The Final will be hosted by Bengaluru on October 4, 2014 just like they were the hosts for the IPL 2014 as well.

There are two groups – Group A that consists of Kolkata Knight Riders (India), Dolphins (South Africa), Perth Scorchers (Australia), Chennai Super Kings (India) and one of the Qualifiers. Group B consists of Kings XI Punjab (India), Hobart Hurricanes (Australia), Cape Cobras (South Africa), Barbados Trident from West Indies that would be decided after the ongoing Caribbean Premier League and another Qualifier. One of the star sides, Mumbai Indians (India) will play the qualifying stage match to move to Group B. The other teams playing the qualifiers are Lahore Lions (Pakistan), Northern Knights (New Zealand) and Southern Express (Sri Lanka).

Few Pointers related to the Qualifiers for the Group Stages:

With yet another season of Champions League T20, these international teams will look forward to adding another feather in their caps. Watch this space for more as we move into another exciting season of twenty20 cricket.