The clash between former champions Chennai Super Kings (CSK) and Lahore Lions has been called off due to rain in Champions League T20 (CLT20) 2014 Match 11 Group B at M Chinnaswamy Stadium in Bengaluru on Thursday. 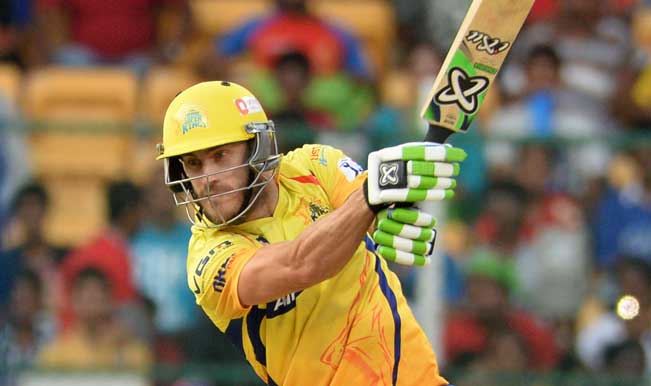 The clash between former champions Chennai Super Kings (CSK) and Lahore Lions has been called off due to rain in Champions League T20 (CLT20) 2014 Match 11 Group A at M Chinnaswamy Stadium in Bengaluru on Thursday. The match was called off even before the toss due to constant downpour in the southern city of India. Also Read - IPL 2020 MI vs CSK Match Report: Ambati Rayudu, Faf du Plessis Power Chennai Super Kings to Clinical Five-wicket Win vs Mumbai Indians in Tournament Opener in Abu Dhabi

Chennai Super Kings lost a match they were dominating against Kolkata Knight Riders. But they came back to win a high scoring encounter against cape Cobras at Bengaluru a few days later. MS Dhoni would be in a better state knowing that his bowlers are in good form coming in to the match. While Ashish Nehra has surprisingly been the pick of the bowlers, Mohit Sharma, Dwayne Bravo, Ravichandran Ashwin and Ravindra Jadeja haven’t fared too badly either. The batting too has fired well in at least one of the two matches. Fielding too has been in fine form. Also Read - Match Highlights Mumbai Indians vs Chennai Super Kings Match 1: Rayudu, du Plessis Fifties Power CSK to 5-Wicket Win vs MI

On the other hand, Lahore Lions will have to perform at a level higher than what they have in the qualifiers. They only managed to defeat a jaded Mumbai Indians and an out of form Southern express so far in the tournament. The bowling relies too heavily on Wahab Riaz and batting on Ahmed Shehzad. They almost managed to snatch victory against Kolkata Knight Riders, in a match where they were outperformed for 35 of the 40 overs.