Hobart Hurricanes (HBH) coasted on to an easy win against Barbados Tridents (BT) in Group B Match 16 of Champions League T20 (CLT20) 2014 at Punjab Cricket Association (PCA) Stadium in Mohali on Sunday. 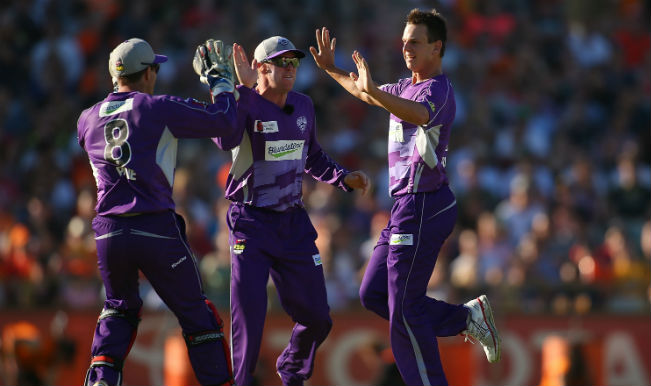 Chasing a target of 114 runs, Hobart Hurricanes started the chase on a wrong note. Aiden Blizzard tried to rebuild the innings with Tim Paine. But Hobart Hurricanes skipper kept running out of partners. Akeal Hosein bagged a couple of wickets. There was nothing dangerous in the pitch and nothing the Barbados Tridents bowlers could offer.