The Northern Knights put on a total of 206 after the Cape Cobras team won the toss and elected to field first. 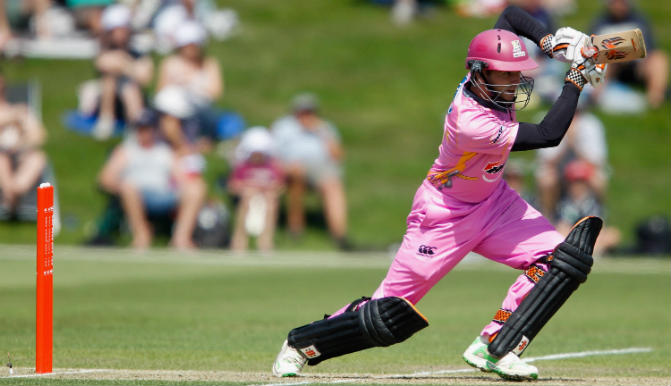 The Northern Knights put on a total of 206 after the Cape Cobras team won the toss and elected to field first. The Cape Cobras bowlers had no idea about how to contain the flow of runs as the openers of the Northern Knights went about doing their job with a stroke of luck and ultimate professionalism on their part. Kane Williamson in particular was exceptional with his stroke-play as he made his highest T20 score of 101*. Also Read - MATCH HIGHLIGHTS IPL 2020 Sunrisers Hyderabad vs Royal Challengers Bangalore, Match 3: Chahal, Saini Star as RCB Beat SRH by 10 Runs

The Knights openers Kane Williamson and Anton Devcich got the team off to an excellent start as they started off cautiously but soon started manufacturing their shots and scored at about eight runs per over the entire innings. Luck also had an important role to play in the openers’ success as there were shots, which either fell short of the fielders or they weren’t able to hold on to it. Also Read - SRH vs BLR Dream11 IPL 2020: Scott Styris Feels Kane Williamson Will Not be Picked in Playing 11 at Sharjah

Williamson in particular was quite extraordinary in his approach as he kept on hitting the boundaries almost at will while taking minimum risk whatsoever. He scored at a strike rate of almost 200 and all this was done with the utmost ease and comfort. He looked like a man who was batting in the nets against an amateur bowling side. He definitely puts himself as a contender to the title of the best player in the world today, irrespective of the format.

Anton Devcich on the other hand started slowly but once he got his eye in, he started playing his strokes freely, reaching his half century in just 38 deliveries. Kane Williamson on the other hand reached his 50 in just 26 deliveries. Both players added the first 100 run partnership in this tournament in this process of dismantling the Cobras bowling attack.

Devcich was ultimately dismissed and the partnership was broken via the only mean that seemed like a possibility to break the partnership. Devcich was run-out in an attempt to steal another quick single and was dismissed of a direct hit by Robin Petersen on the score of 67. As we have always seen happen in cricket, another wicket followed immediately after the fall of the  first wicket. Daniel Flynn was dismissed on the second delivery that he faced on  the score of 0.

BJ Watling then joined hands with Williamson and started his innings from where Devcich had left. He took a special liking to Justin Kemp, whom he struck for two boundaries and a six on consecutive deliveries. The two batsmen added 51 runs in 27 deliveries before Watling was dismissed on the score of 32. He was caught at the boundary in the 19th over of the match.

The Knights ultimately ended up at the score of 206 as they lost some quick wickets at the end of the innings. Kane Williamson scored his first T20 hundred as he hit a six in the last over of the innings off a free hit. He scored as many as five sixes in his innings as the Knights scored their highest score in T20 competitions.