Watch the free live tennis streaming and telecast as Hyderabad Aces is set to take Pune Marathas in the inaugural Champions Tennis League (CTL) 2014 in Hyderabad on Tuesday. 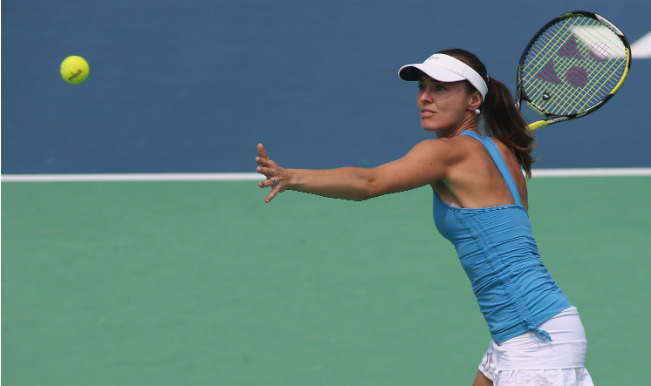 Watch the free live tennis streaming and telecast as Hyderabad Aces is set to take Pune Marathas in the inaugural Champions Tennis League (CTL) 2014 in Hyderabad on Tuesday. The match will be telecast live on Sony SIX and SIX HD. The tennis match can also be streamed live on LIV Sports and can be streamed here. Also Read - Tennis star Martina Hingis spotted in saree at CTL 2015 opening event

Meanwhile, Pune Marathas will be represented by Pat Cash (legend), Marcos Baghdatis, Agnieszka Radwanska and Saketh Myneni. Marcos Baghdatis and Agniesszka will not only play the singles matches, but also team up together for the mixed doubles.

The Champions Tennis League is a unique format with four players from each team where eight teams will take on each other in a round robin format. Each team includes one former player, one current international male and female player as also an Indian representative. Speaking on the tournament, former India player and the brand ambassador of CTL Vijay Amritraj said, “I am delighted that we are able to bring top international male and female tennis stars to various parts of the country to participate in a city based India only league. Indian Davis Cup players alongside these great players would be extremely exciting to watch and cheer on for each city.”