Foot injury forces Greg Rusedski to withdraw from Punjab Marshalls after David Ferrer and Philipp Kohlschreiber had pulled out earlier. 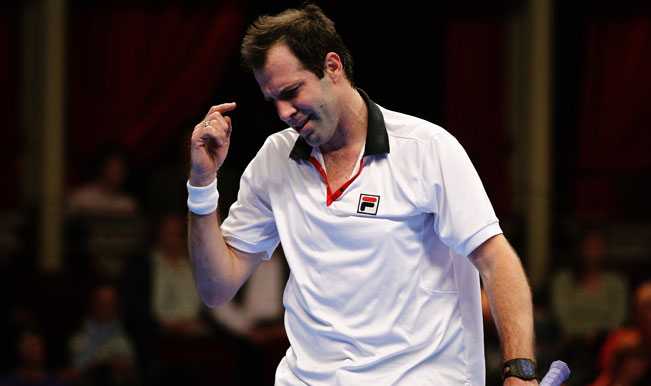 Chandigarh, Nov 19: There seems to be no end to Punjab Marshalls woes in the inaugural Champions Tennis League (CTL) as Greg Rusedski has also pulled out of their side due to a foot injury. David Ferrer had also pulled out from the Punjab team before the start of the league while Philipp Kohlschreiber was replaced by Cyprus star Marcos Baghdatis in the Pune team. Also Read - Happy Birthday, Leander Paes: 10 Interesting Facts You Should Know About The Legend

Leander Paes will have to play the legends singles match for Punjab apart from the mixed doubles and men’s doubles. Also Read - If Tokyo Olympics Next Year Get Cancelled, Won't Wait For Paris 2024: Leander Paes

“I haven’t played a singles match in a long time. But being a serve and volley player, playing on faster courts is going to help me. Hopefully I can support my team and help them win a few sets,” the 41-year-old legend said. Team owner Gurpreet Singh Kiki said,”It is very unfortunate that Rusedski had to pull out. It is a big loss for the team.”

Having lost the first match 19-25 to group toppers Delhi on Monday, the Marshalls are confident to get back on the winning track when they enter the home stretch. The team will host Mumbai tomorrow and Delhi Dreams on Friday.

“We have to overcome this adversity as a team. We win or lose as a team. When we are on court, we play for the city; we play for the whole state of Punjab. This is our home court, and hopefully with the home crowd behind us, we will be able to put these things behind,” Singh added.

India’s top singles player Somdev Devvarman hoped things will change for the better in the next two days.

“I really enjoy playing on quick courts. I had fun the other day playing with Leander. Doubles is definitely our strong point. Plus we’ve had a couple of extra days of practice. I think with a little bit of luck on our side we can win a few more points for the team,” he concluded.