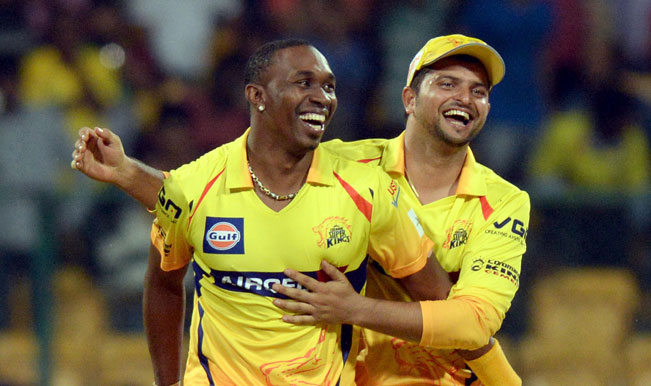 Chasing a target of 182, Kings XI Punjab succumbed early on in the innings, losing their first wicket in the second over of the innings itself. Virender Sehwag’s dismissal proved a huge setback even for a strong batting line-up.  Wickets kept tumbling at a regular interval. Ashish Nehra’s twin burst in the fifth over was the decisive point in the innings, from where there was no coming back for Indian Premier League (IPL) finalist.

Earlier, Punjab bowlers cranked up the pressure early into the powerplay overs and it was through unlikely heroes, Thisara Perera and Awana in particular. Having proved to be an indefatigable side chasing totals, the CSK top order went on a leather hunt and found shooting themselves on the foot with quick dismissals rocking their boat.

Dwayne Smith looked in confident touch but perished soon after, trying to for one shot too many. Brendon McCullum and the bedrock of CSK’s batting order, Suresh Raina also departed quickly as Chennai lost three within the first six overs. Then Faf du Plessis used all of his Bradman-esque recent form to get things under way.  In typical style, it was attack that reaped dividends and the South African was in supreme touch, cracking a flurry of boundaries with Bravo before Akshar Patel broke his stumps just when the West Indian and Du Plessis were threatening to take the game away.

Pavan Negi, being drafted into the side for a semi-final, smacked Akshar way over the deep mid-wicket stands. Awana soon castled him with a superb yorker not long after the six. With Punjab enjoying a lion’s share of the home support, huge cheers followed after skipper MS Dhoni chipped the ball straight to the hands of short mid-wicket of the first ball he faced.

Bravo held the innings together and was dismissed in the penultimate over, trying to wallop Akshar out of the park. With Punjab enjoying three consecutive wins against this opposition, the Indian Premier League (IPL) runners-up would still hold all the aces in this contest.