Kolkata Knight Riders (KKR) and Chennai Super Kings (CSK) are set to take on each other as the Champions League T20 2014 (CLT20) kick-starts with two Indian Premier League (IPL) rivals taking on each other. 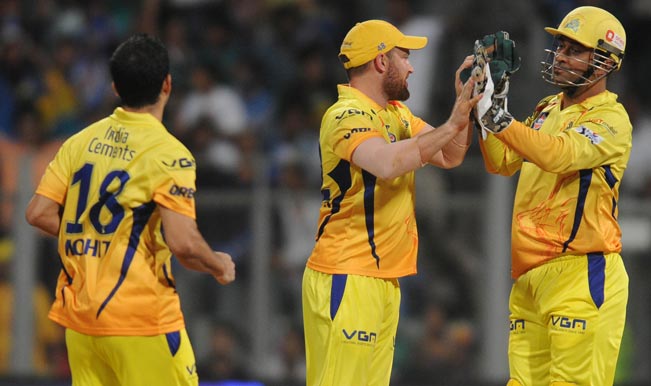 Kolkata Knight Riders (KKR) and Chennai Super Kings (CSK) are set to take on each other as the Champions League T20 2014 (CLT20) kick-starts with two Indian Premier League (IPL) rivals taking on each other. Both, two times IPL champions enter the competition as favourites when they take on each other in the Group A clash at Hyderabad on Wednesday. Check the Points Table of the Qualifiers Stage of Champions League T20 2014 (CLT20) Also Read - IPL 2020: MS Dhoni Reveals Why He Batted at No.7 in 200-Plus Chase Against RR

Kolkata Knight Riders, led by Gautam Gambhir, will rely on their wealth of all-rounders in the squad. Despite the absence of Shakib al Hasan, in Ryan ten Doeschate, Jacques Kallis, Andre Russell and Yusuf Pathan, they have some of the best T20 all-rounders in world cricket. The pace attack is strong with the presence of Morne Morkel, Patrick Cummins, Vinay Kumar and Umesh Yadav. Also Read - IPL 2020: Gautam Gambhir Criticises MS Dhoni, Says 'This is Not What You Call Leading From The Front'

However, despite all the talent available, Sunil Narine will be their trump card. The mystery spinner, in company of Piyush Chawla forms a potent spin attack. But it is their strong batting line-up – comprising of Gautam Gambhir, Robin Uthappa, Manish Pandey, Suryakumar Yadav and the long list of all-rounders which could dictate terms. However, they will be depleted in the absence of T20 specialist Eoin Morgan..

Chennai Super Kings has been the most consistent IPL side and will be again led by Mahendra Singh Dhoni. The side does not lack talent, nor is it short of expectations. They are perpetually burdened to achieve greater heights. The batting is one of the strongest in the tournament with the likes of Brendon McCullum, Faf du Plessis, Suresh Raina, Dwayne Smith and Dhoni. Read: MS Dhoni to lead CSK amid renewed expectations

The bowling attack includes Ravichandran Ashwin, Ishwar Pandey, Mohit Sharma, John Hastings, Ravindra Jadeja, Dwayne Bravo and Samuel Badree. Pawan Negi and Mithun Manhas too could have key roles to play in the star studded CSK line-up. However, it is their fielding which is expected to lighten up the tournament.