It is a must win situation for both Chennai Super Kings (CSK) and Perth Scorchers (PRS) as they face each other at the M.Chinnaswamy stadium, Bangalore. 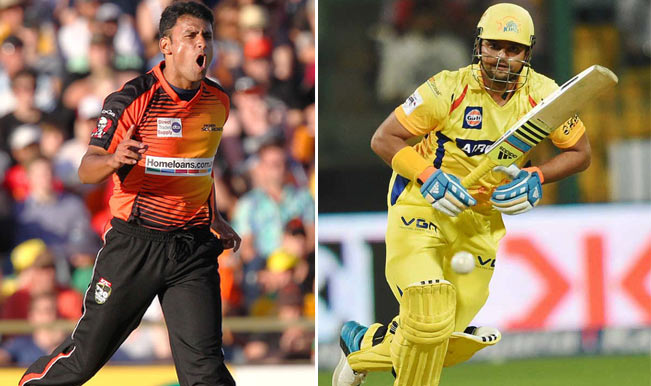 It is a must win situation for both Chennai Super Kings (CSK) and Perth Scorchers (PRS) as they face each other at the M.Chinnaswamy stadium, Bangalore. CSK’s last game against Lahore Lions was washed out while PRS faced a stunning defeat against KKR. MS Dhoni and his men have their task cut out to win and stay in the tournament. As the two teams square off against each other we take a look at possible contests that could surface during the match. Also Read - IPL 2020: MS Dhoni Reveals Why He Batted at No.7 in 200-Plus Chase Against RR

Suresh Raina vs Yasir Arafat Also Read - IPL 2020: Gautam Gambhir Criticises MS Dhoni, Says 'This is Not What You Call Leading From The Front'

No it is not an India-Pakistan contest, but we might catch a Pakistani bowling to Indian. Yasir Arafat is very much part of PRS’ scheme of things and is Adam Voges’ go to man. Suresh Raina is in magnificent touch and is familiar to take game away from opposition. Raina smashed 43-ball 90 against Dolphins and PRS will be wary of his credentials. The Pakistani import in PRS line-up has a smarter slower delivery in his armoury and he could be an exciting bowler to watch taking on the likes of Suresh Raina.

Brad Hogg is one experienced campaigner in PRS squad and he is one of the key members of their bowling unit. The 43-year old left arm Chinaman bowler can prove lethal at the Bangalore wicket which was under coverdue to rains. CSK have Brendon McCullum as their hard hitting opener and he looked in decent touch against Dolphins. It could well be another of Trans-Tasman contest.

Captain Adam Voges played a wonderful innings of unbeaten 71 against KKR and is spine of PRS batting. Dhoni won’t mind throwing the ball to Ravindra Jadeja who is known for his wicket taking abilities. While Voges will look to be aggressive, Jadeja might just trouble PRS captain.