It remains to be seen whether Steve Smith declares early on day five. 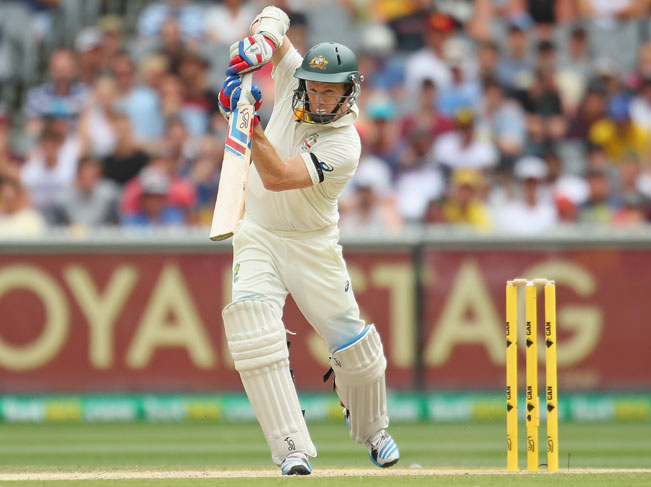 India might reflect on their best day as a bowling unit on the field but Australia held firm and found unlikely heroes to keep calm and take a substantial lead on day four the third Test to leave the visitors with a mountain to climb on the final day. Whether skipper Steve Smith would declare after a lead of 326 remains to be seen but Chris Rogers’ well crafted fifty and Shaun Marsh’s scrappy unbeaten knock defied the Indian bowlers after 90 minutes of play was lost due to rain. Also Read - India's COVID-19 Tally Surpasses 59 Lakh-mark, Deaths Stand at 93,379; Recovery Rate Reaches 82% | Key Points

After being smashed around by Virat Kohli and Ajinkya Rahane on day four, Mitchell Johnson made a spirited comeback with the bowl and cleaned up the tail in no time to give the hosts a lead of 68. David Warner, after being dismissed for a duck in the first innings went flying off the blocks and raced along before Ravichandran Ashwin trapped him in front. Rogers then took the chance to score back-to-back Test fifties to take the scoreboard along despite wickets falling around him. Also Read - Imran Khan UNGA 2020 Speech Almost Replica of 2019 litany

MS Dhoni’s field placements at this point should also be lauded. Steve Smith was perplexed to find Ajinkya Rahane at backward short-leg. Ishant Sharma too, was impeccable with the ball, giving nothing away to the batsmen and snared a couple of wickets. Marsh, lucky for the ball not to clip the stumps survived and made it count to set up an interesting fifth day.