West Indies chief selector Clive Lloyd has told veteran batsman Shiv Chanderpaul that he was omitted from the Caribbean squad which will play against Australia because of declining form. 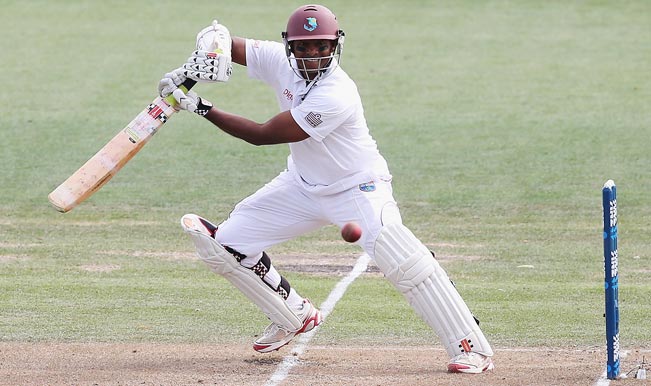 Georgetown (Guyana), May 27: West Indies chief selector Clive Lloyd has told veteran batsman Shiv Chanderpaul that he was omitted from the Caribbean squad which will play against Australia because of declining form. In a letter to Chanderpaul Lloyd said the decision was made after new head coach Phil Simmons and the selectors reviewed his statistics from the last six Test matches. Chanderpaul’s exclusion from the Windies squad has sparked a major debate with many criticising the West Indies Cricket Board (WICB) selection panel, reports CMC. Also Read - Sourav Ganguly is a Born Leader, Inspired Team India to Win on Foreign Shores: Kris Srikkanth

“The coach and selectors have studied your stats from the last six Tests to date, three against South Africa and three against England. You batted 11 innings and had an aggregate of 183 runs at an average of 16.64. In determining the squad, the selectors have decided to move on with younger players for the future. I therefore regret to inform you that the coach and selectors have decided to omit you from the squad for that series,” said Lloyd’s letter to the Guyanese batsman, who boasts of 11,867 runs at an average of 51 with 30 Test centuries. Also Read - 'He Will do Anything to Win': Dwayne Bravo Heaps Praise on Kieron Pollard

Chanderpaul averaged 48 when New Zealand toured the Caribbean for three Tests last year and then plundered 270 runs in two Tests against Bangladesh last September without being dismissed. However, his poor form lately has prompted selectors to overlook him, saying they did not think it fitting to pick him simply to offer him a farewell series.

Lloyd, a former West Indies captain, told Chanderpaul he was forced to write to him after several attempts to reach him, following his May 4 meeting with Simmons, proved futile.

“I tried to contact you on several occasions but you had already left for Guyana. I rang your home telephone number in Guyana and left my details with a male member of the house requesting that you contact me which he promised to do. To date, you have not returned my calls and it is rather unfortunate as I did want to have the opportunity to have a discussion with you prior to writing this letter to you,” Lloyd wrote in his letter to the 40-year-old.

In his letter, Lloyd described Chanderpaul as a “great player for the West Indies” who has given “excellent service to the game and to West Indies supporters. We hope that your skills will be utilised in the future and we wish you all the very best”.

“You have been a tower of strength to West Indies cricket and you will be remembered for being a true icon, who has epitomised everything that is great about the wonderful game,” said the chief selector. The first Test between West Indies and Australia begins on June 3.